Windows 8 fails to halt decline in PC sales during Q4

IDC PC tracker suggests new operating system failed to arrest slump in PC sales during holiday season, but claims it could do better as time goes on. 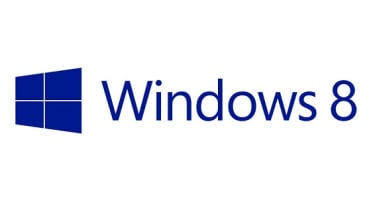 The launch of Windows 8 did little to arrest the slump in worldwide PC sales during the fourth quarter of 2012, as the sector reported its first year-on-year holiday season sales decline in half a decade.

This was the view put forward in the latest edition of IDC's Worldwide Quarterly PC Tracker, which shows that Q4 PC sales were down 6.4 per cent on last year, and topped 89.8 million units.

The sales slump was worse than anticipated, as IDC previously forecasted a 4.4 per cent fall in PC sales during Q4. This is also the first year on-year holiday season decline to blight the market in five years.

The launch of Windows 8 did not change the sluggish PC demand.

IDC attributed the results to the lacklustre economy and the growing demand for mobile devices, which the launch of Windows 8 did little to counteract.

"The quarter marked the beginning of a new stage in the PC industry with the launch of Windows 8, [but] its impact did not quickly change the sluggish PC demand, and the PC market continued to take a back seat to competing devices and sustained economic woes," said IDC in a statement.

Jay Chou, senior research analyst at IDC, said Microsoft's new flagship operating system should make a bigger contribution to PC sales in time, before accusing vendors of pushing the touchscreen capabilities of their Windows 8 devices at the expense of other features.

"Lost in the shuffle to promote a touch-centric PC, vendors have not forcefully stressed other features that promote a more secure, reliable and efficient user experience.

"As Windows 8 matures, and other corresponding variables such as Ultrabook pricing continue to drop, hopefully the PC market can see a reset in both messaging and demand in 2013."

According to the firm's vendor-by-vendor break down, HP retained its position as the PC market leader, thanks to an aggressive push on Windows 8 by the hardware giant in Asia Pacific and the US.

This was despite some fierce competition from Chinese PC vendor Lenovo, who IDC claims outperformed the rest of the market during Q4 by achieving 8 per cent growth.

Meanwhile, Dell continued to lose share, with worldwide shipments down 20 per cent on last year.