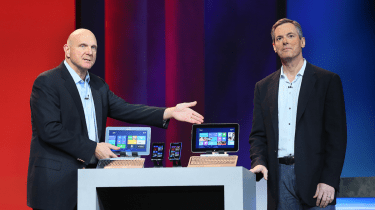 The general consensus is that the once-premier event has lost its shine as there were a lack of big product launches.

Instead companies focused on unveiling technology they plan to use inside flagship products. With Qualcomm heading the event, mobile processors took centre stage, closely followed by 4K Ultra HD display technology. Here's our take on what we learnt at CES 2013.

All the key players launched flagship chipsets, bidding to outdo each other. Nvidia set the tone with its Tegra 4 announcement. The US chip firm claimed that its processor, packing 72 GPUs is the "fastest processor in the world", despite not actually giving any details on key specifications such as clock speed.

Intel and Qualcomm countered with the quad-core "Bay Trail" and Snapdragon 800 launches respectively. Qualcomm promised a 75 per cent increase in performance over its disappointing S4 Pro range.

But the Intel chips are lining up to be even more exciting as the vendor has already proved it can produce powerful and efficient mobile SOCs using x86 technology to rival ARM designs.

However, it was Samsung that stole the show with the announcement of an 8-core chip, using ARM's big.LITTLE implementation.

The chipset will have four Cortex-A7 processors for lightweight tasks and four Cortex-A15 processors to tackle resource-hungry activities such as HD streaming and gaming.

We're likely to see these chips being launched in flagship devices at MWC and the announcements have certainly whetted our appetite.

It was somewhat of a surprise when Qualcomm was announced as the headline act given that the chipmaker is not really a consumer-facing brand. However, it was yet another indicator as to where the technology industry is moving - if you needed any reminding and that is to mobile. What went before our eyes was 90 mins of car crash the opening act was particularly cringeworthy, with 20-something year old actors pretending to be hipster teenagers.

And then there was the supporting cast. Paul Jacobs CEO of Qualcomm was on stage, but was flanked by all manner or celebrities and industry colleagues.

Most notable was the cameo of Microsoft CEO Steve Ballmer, who galloped into the very keynote he had snubbed. Perhaps he realised just how important CES could be to Microsoft, especially as many of its OEM partners were launching Windows 8/RT devices there.

Still it got everybody talking about Qualcomm, and will no doubt live long in the memory.