Retailer has been living on borrowed time after failing to embrace the digital market. 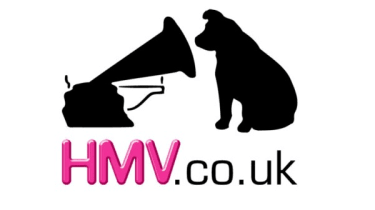 HMV has become the latest high profile casualty on the UK high street. The once prominent chain has called in administrators and joins an ever growing list of businesses - including Comet, Game, Jessops and Woolworths - that have failed to weather the economic climate of recent years.

Known for its extensive collection of games, DVDs, music, and even books, the firm has finally succumbed to competition from the online world.

There are 239 stores dotted around the country, most of which are likely to close. It's sad that most of the 4,000 staff are going to lose their jobs too, but the truth is that HMV's demise has been a long-time coming.

I frequently visit the flagship Oxford Street store, but mainly to browse. I can count the purchases I've made from HMV over the last 12 months on one hand - all have been PlayStation 3 games - the pricing of which is reasonably consistent with online retailers.

Although some people are surprised by the downfall of HMV, a visit to the store just before Christmas of 2011 confirmed to me that the retailer was on borrowed time.

I was particularly interested in buying a Clint Eastwood boxset on DVD, and thought that during the Christmas period I would get a good deal in-store. After locating it, I was taken aback by the 110 price - and did a quick search on Amazon where it would cost just 50.

I showed this to one of the HMV employees and asked why there was such a huge difference. He told me that the rent alone for the Oxford Street store was over 1 million and then the firm also had to pay to ship goods to the store. To make any money, most of the products would have to be sold for an inflated price.

That day I left the store feeling that HMV was doomed. Ironically, the boxset is on the HMV website today for 49, but it's still undercut by Amazon which lists it for 45.25.

Fast forward to 2013, and the only surprise is that HMV held out this long. The biggest and most successful companies are at the forefront of delivering content via the airways.

Two of the most prominent in the online world - Amazon and Apple have rendered HMV obsolete.

Apple has championed the availability of digital content directly to devices via iTunes for a decade. You can now buy music, TV shows and movies and instantly watch them on a device.

Even if you want a physical copy you'd be better served browsing Amazon. Not only has the online retailer been able to undercut the high street due to lack of overheads, but it has mastered the art of customer convenience by delivering directly to your door.

HMV has tried to replicate these business models but the execution has been half-hearted.

An insightful blog post by Philip Beeching, founder of the Beechwood agency, which managed the HMV marketing for 25 years, shows the level of disillusion prevalent in the firm's upper management a decade ago when the money was still rolling in.

Beeching noted that HMV's flotation on the stock market back in 2002 - with a value of 1 billion - coincided with the appointment of a new MD and marketing director. As his agency had been with HMV since 1982, it was asked to re-pitch for the business.

"For some time we had felt the tides of change coming for HMV and here was our perfect opportunity to unambiguously say what we felt. The relevant chart went up and I said the three greatest threats to HMV are, online retailers, downloadable music and supermarkets discounting loss leader product," he noted.

"Suddenly I realised the MD had stopped the meeting and was visibly angry. I have never heard such rubbish. I accept that supermarkets are a thorn in our side but not for the serious music, games or film buyer and as for the other two, I don't ever see them being a real threat.

"Downloadable music is just a fad and people will always want the atmosphere and experience of a music store rather than online shopping'."

Despite the pitch appearing to be a disaster, Beechwood actually held onto the HMV account although - as Beeching points out - virtually none of the ideas suggested were used.

The dismissal of online retailers ended up being a massive miscalculation, as HMV execs placed too much value on the need for physical stores, thinking that customers would continue to pay inflated prices.

Piracy has also played a role in denting HMV's sales, especially when it comes to music. CD sales began to decline in the early 00s as users began to share small music files via illegal peer-to-peer (P2P) networks. Legal means of downloading also started to pop up, most prominently the aforementioned iTunes.

The killer blow for HMV has probably been the shift to digital format for TV shows and movies, despite the resistance of Hollywood.

It's finally possible to rent or download most major films and TV shows legally through services such as LoveFilm or Netflix starting at 5 per month. It was the failure of HMV to be at the forefront of such services, which has led to its downfall.

Instead of exploiting the online marketplace, HMV focused on trying to shift costly boxsets and has even tried to diversify into the technology market stocking devices such as the iPad.

The idea was a non-starter as even Apple resellers and tech specialists such as PC World have been struggling.

Alas it's too late to initiate a major change of strategy, but there is hope that HMV will retain a small presence in the market. It would be a shame if 2013 was the year Nipper heard His Master's Voice for the final time.