Viridian’s goal is to offer the ‘finest range of home and small business servers in the world’. We test its OfficeStor Express and find out if the competition should be worried. 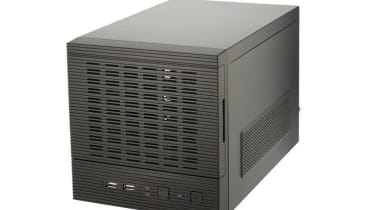 Viridian's main competition comes from Western Digital's Sentinel DX4000 and LaCie's 5big Office+ which also run WSSE. The OfficeStor Express is on a price par with them but has a faster processor and twice the memory which can be expanded to the full 8GB supported by WSSE.

The hardware made its mark in our real world tests with drag and drop copies of a 2.52GB video clip over Gigabit returning read and write speeds of 97MB/sec. When we tested the Sentinel DX4000 and 5Big Office+ in our sister title PC Pro, neither appliance could muster more than 78MB/sec. 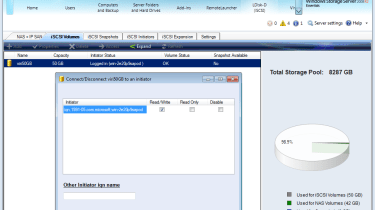 LDisk-D also functions as an initiator so it can log on to other devices presenting iSCSI targets. We had no problems using one of the lab's Qnap appliances to donate some extra storage to the Express.

Along with free delivery, there's the Virivault cloud backup service and the add-in is pre-installed. It's better value than LaCie's Wuala service with 100GB costing 240 per year and we found it easier to use with a wizard guiding us through backup plan creation.

After selecting folders on the appliance, you can opt for daily, weekly and monthly backups, go for continuous syncing and have all backups encrypted. Data availability shouldn't be an issue as Virivault is hosted by Amazon S3 and you can choose remote storage facilities in Europe or the U.S.

The OfficeStor Express impresses as it's a good value Windows powered NAS box with a fast performance, the latest WD Red drives and plenty of backup features. It beats the Atom based appliances from Western Digital and LaCie for speed and provides valuable disaster recovery and off-site backup tools.

We wouldn’t go as far as saying the OfficeStor Express is the finest NAS appliance in the world but it’s good value and performs better than the Atom based systems from Western Digital and LaCie. It’s worth considering if you want a Windows powered NAS appliance and Viridian’s IP SAN and backup features are a cut above the rest as well.