Social networking giant takes wraps off new search tool that will make it easier for members to retrieve photos, scour friends' interests and make connections between the information people share. 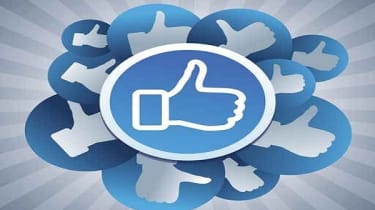 Social networking giant Facebook is ushering in an overhaul of its site's search capabilities to make it easier for members to retrieve pictures and information about their friends.

The new service is called Graph Search and a beta version is being rolled out slowly across the firm's one billion-strong user base.

At the launch event for the new service in California earlier today, Facebook chief Mark Zuckerberg said the product will be made available to "hundreds and thousands" of users to test in due course.

You can only search for content that people have shared with you.

The new service expands on Facebook's existing search capabilities, which let people search for people, places and fan pages, by allowing them to submit strings of queries that can be used to delve into their friends' interests, photos and checked-in places.

For instance, members can use the tool to find photos from a specific date, search for friends who like the same films as them or scour the site for friends of friends that could be single for dating purposes.

From a business perspective, the firm's director of project management, Tom Stocky, said the functionality could also be used to recruit staff by letting members search for people who work in specific industries or at certain companies.

The company's decision to branch into search will come as no surprise to many industry watchers, as the firm's chief told a Tech Crunch conference back in September that it was a serious area of focus for the firm.

Speaking at the event, he is reported to have claimed that Facebook is already handling one billion search queries a day, prompting speculation that the firm may be planning a more formal foray into the market.

The coupling of social networking to web searches is nothing new, as Google has been pushing something similar with its Google+ service for some time, while Yahoo has offered users the chance to set up profiles and engage in group discussions with its services since the 1990s.

However, Zuckerberg was keen to stress the aim of Graph Search was not for Facebook to go toe-to-toe with these other web giants.

"It is not web search. We're not indexing the web, we're indexing our map of the graph [of our users' data]," he said.

Facebook has partnered up with Microsoft to fill in Graph Search's knowledge gaps with data from the Bing search engine.

He also hinted that his firm had approached Google about a similar search-related technology tie-up, but had been unable to agree on privacy terms.

"I'd love to work with Google...When we did our web search interaction, we want to make search social [and open] in general," he said.