Facebook Graph Search: What it means for Google, Microsoft and business users

Caroline Donnelly takes a closer look at how the launch of the social networking giant's new search service could benefit business users. 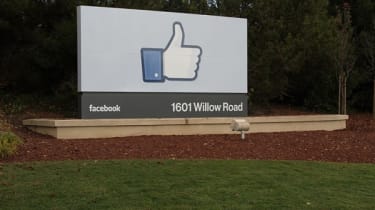 Facebook chief Mark Zuckerberg treated the world to a sneak peek at the work his firm has been doing to overhaul the way people search for information on the site last night.

During a launch event in California, Zuckerberg showed off a beta version of the site's new Graph Search service, which will draw on the masses of data people post on the site to give users more personalised search results.

The service will expand Facebook's existing search capabilities which let members search for people, places and fan pages by allowing them to submit strings of queries that can be used to delve deeper into their friends' interests, photos and checked-in places.

Members can use the tool to find photos from a specific date, search for connections who like the same films as them or scour the site for friends of friends that could be single, for example.There's more content that we haven't got to yet than we have.The capability will be rolled out to "hundreds of thousands" of the firm's one billion users during the beta testing phase, which kicked off yesterday, and will initially focus on returning results relating to people, places, interests and photos.

Any queries Graph Search cannot answer will be handed over to Microsoft's Bing search engine to deal with.

As time goes on, Zuckerberg's plan is to include people's posts, but as he points out that will take time to come off because of the vast amounts of data Facebook's developers will have to sift through first.

"It will take years to index the whole map of [all our users' data]. There's more content that we haven't got to yet than we have," he said.

At the moment, there's no firm roll out date for the service. But, when it does eventually drop, it has the potential to seriously shake up the search market, and could benefit business users in several ways, too.

What it means for Google

This may have been an attempt by the CEO to dampen down pre-event speculation that Facebook was planning to launch a standalone search engine that would directly pit it against Google.

But, thanks to Facebook's technology tie-up with Bing, it's a scenario that has the potential to play out in this way, despite Zuckerberg's protestations.

"That isn't the intent...But [if] you can't find what you're looking for, it's really nice to have [Bing]," he said.Continues over page