Credit Suisse, Bank of America, Barclays and RBS have been tapped up to finance largest deal since the global recession. 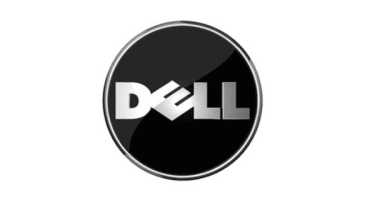 Talks to take Dell private are at an advanced stage with at least four major banks lined up to provide financing.

Buyout firm Silver Lake Partners, which is leading the deal, tapped Credit Suisse, Bank of America, Barclays and RBC late last year to finance a potential deal, according to two sources with knowledge of the matter told Reuters.

JPMorgan is advising Dell on a potential buyout of the $19 billion company, which would be one of the largest deals since the global recession. It will also allow Dell, which has been trying to become a one-stop shop for corporate technology needs, to conduct that difficult makeover away from public scrutiny.

Silver Lake is working with one of its major investors, known as limited partners, the sources said. Its involvement was earlier reported by the Wall Street Journal.

The sources cautioned that a deal could come soon but that the situation was still fluid.

Silver Lake Partners was in discussions with Dell for a buyout at around $13.50 to $14 a share, with an equity investment from Silver Lake and other potential investors of roughly $2 billion, CNBC reported.

Dell, which has been in talks with private equity firms on a potential buyout, has had on and off discussions with the firms but talks heated up late last year, they said.

A deal involves equity investment from billionaire CEO Michael Dell, who owns 14 per cent of the firm he founded. Dell is America's 22nd richest person according to Forbes, invests and manages his fortune through MSD Capital.

Michael Dell now owns 244 million shares in the company, according to Thomson Reuters data, his estimated fortune at the end of 2012 was $14.6 billion.

Michael Dell is the key

News of a potential deal caught many industry participants by surprise, many of whom find it difficult to understand the investment thesis of the private equity investors behind such a move.

Dell has lost 40 per cent of its value since last year's peak. It has embarked on an aggressive investment strategy to diversify away from its core PC business.

It may be easier to pull off acquisitions as a private company and away from Wall Street scrutiny, said one private equity executive with experience in buyouts but not involved in the Dell deal.

Having a private equity investor could also facilitate access to debt markets, with Dell also benefiting from all the contacts a major private equity outfit could bring to the table, the person said.

Beyond that, many analysts and executives said that the potential deal is mainly one based on Dell's low valuation.

Sanford Bernstein analyst Toni Sacconaghi had speculated that Dell was worth $12 a share on a sum-of-parts basis, of which the PC business was worth about $4.70.

Still, any deal is challenging mostly because of its sheer size and lackluster prospects for a PC market that's dwindling with the advent of tablets such as Apple's iPad, according to analysts.

The odds of a buyout "are probably low, given its size and our expectation that it may require about $4 billion in equity," Sacconaghi said.

"We see the rationale for a Dell (leveraged buyout) as being largely opportunistic given low valuation and interest rates, as we don't see any obvious restructuring opportunities or unique exit strategy," he said.

Barclays analyst Ben Reitzes said going private would also mean Dell would increase its already large debt load, which currently stands at approximately $9 billion, making it tougher to acquire smaller companies. Such a move made sense only "if Dell's earnings power was stable - and backed by real recurring revenues."

"Obviously, with Michael Dell's ownership of $3 billion and net worth of about $14.6 billion the possibility of a go-private transaction cannot be ruled out," he said.