Hello, is Buzby still there?

Inside the Enterprise: BT moves to link smartphones to its landline services are good news for consumers, but less good for mobile operators. 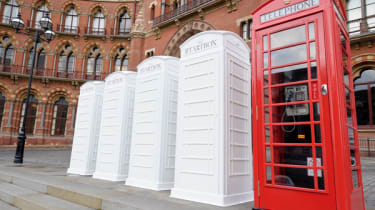 Younger readers might not know Buzby, British Telecom's fluffy yellow bird mascot from the company's advertising campaigns in the '70s and '80s. But although Busby and even the British Telecom brand has been replaced, BT has shown considerable capacity to reinvent itself, in the face of a rapidly changing industry.

The company's latest strategy to forestall declining revenues in its landline business is to offer voice over IP (VoIP) services, to smart phone users. The software, for Android handsets and iPhones, allows BT subscribers to use their BT landline rates for mobile calls, either over WiFi or via a mobile data connection.

Cleverly, if the call is free from a BT landline if it is included in the customer's calling bundle, for example then it is also free from the smartphone. This includes 0800 numbers, which are always free from BT lines but which, accorinding to telecoms regulator Ofcom, can cost up to 21 pence from a mobile. Depending on the calling plan, 0845 and 0870 calls can be free too. For business users calling conferencing services, this alone could make for some handy savings. You can also use the standard BT tariff for calls from abroad.

BT recommends using a Wi-Fi connection for the service, which it calls SmartTalk, but it will also work over mobile data. Users of the service would, of course, need a fairly generous data plan to avoid incurring data charges, although simple voice traffic is not especially data hungry.

Consumers might also fall foul of terms and conditions on mobile contracts. EE an attractive option for VoIP because of its 4G data speeds states in its tariff that "The Services are not to be used to gain access to the services of a third party voice over internet protocol calling provider unless permitted by the terms and conditions of Your Price Plan", although it is unclear how rigorously such clauses are enforced. Such restrictions do not apply when using a smartphone over Wi-Fi.

Voice over IP services on smartphones are not new, of course, with Skype available on Android and iOS, and other services, such as VoIP software for dedicated services using protocols such as SIP. But these services have tended to lack the ease of use of conventional mobile calling, and SIP set-up, whilst not that technically challenging, is perhaps not yet suitable for mainstream consumers.

Nor does BT have any immediate plans to make SmartTalk available for business users, although this, potentially, could be a big draw. BT still provides the overwhelming majority of business landlines in the UK, and rolling out the service to business subscribers could hit mobile operators hard. But there is nothing to stop business users linking a work smartphone to a residential BT line, if they wish.

Sadly though, although Buzby made a brief appearance as a BT mascot for the London 2012 Games, there are no long-term plans to bring him back. But at least on smartphones, we have Angry Birds