File-sharing service to launch on 20 January. 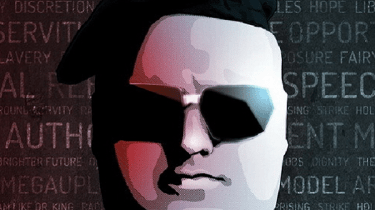 Internet file-sharing mogul Kim Dotcom has revealed details about his Mega service, which is due to launch on Sunday 20 January.

Dotcom announced via Twitter that users will receive 50GB of free storage space, enabling them to store large video files.

Dotcom also remained optimistic about porting user files over from Megaupload which were seized by the FBI. He claimed lawyers are working hard to find a resolution. 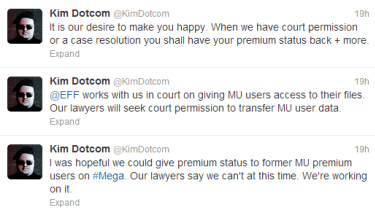 The Mega service is set to launch on Sunday and although the allowance may seem generous, it not as much as Dotcom offered users through Megaupload.

Megaupload users were offered 200GB of storage for free and could upload files as big as 2GB. Premium members were charged a subscription and were offered unlimited storage. However, the infamous repository was shutdown by federal authorities due to multiple claims of copyright infringement.

It remains to be seen what the uptake of the Mega service will be like considering that files uploaded to Megaupload were rendered inaccessible when the FBI shutdown the site.

Businesses are unlikely to use the service and are more likely to opt for Microsoft's SkyDrive or Google Drive, even though they offer less free space. However, those wanting a Mega-like repository may also opt for MediaFire which offers 50GB of free storage.