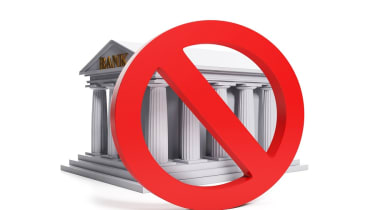 The problem began on Monday morning and continued until 5pm yesterday, and affected the company's Faster Payments System.

The system, which launched in 2008, normally allows money to be transferred from and into people's accounts within hours.

All other payment services were unaffected.

However, some Lloyds Group customers claimed they had to wait for money to arrive in their accounts, including wages, without knowing when the transaction would complete.

The problem also had a knock-on effect for customers of other banks expecting payments from Lloyds Group.

The cause of the issue has not been disclosed, although a spokesperson for the Payments Council, which oversees UK payments strategy, told the BBC "this is not an issue for the central Faster Payments System, or any systems processing other types of payments, which continue to operate as normal."

A Lloyds Banking Group spokesperson told IT Pro: "We are aware of an issue that affected some faster payments [on Monday], and apologise to customers that were affected.

"The full service was available to customers from 5pm. All other payment services were unaffected, ensuring that customers could continue to process the significant majority of transactions."

The spokesperson added that, as the service is 24 hour and the problem was resolved by 5pm, payments made via the system last night would have gone through as normal.

Lloyds Banking Group's problem comes a little over a year since HSBC and RBS suffered online banking issues that left customers unable to access their accounts.