What services does Kim Dotcom offer users with his latest venture? Is it legal and are your files safe? Khidr Suleman finds out... 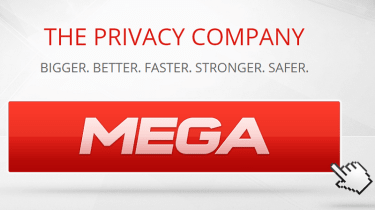 File-sharing service Mega generated waves of excitement worldwide when it was launched on Sunday more so than any other file sharing service has managed.

This was no-doubt due to the notoriety of founder Kim Dotcom, who was behind the immensely popularity Megaupload, which was seized and shutdown by Federal authorities a year ago.

Over 1 million users signed up to Mega in the first 24 hours, and Dotcom announced via Twitter there were 60 uploads every second.

Despite its popularity, there have been concerns raised about the security of files, and whether the site will be targeted by government agencies. We take a look to see what all the hype has been about:

How does Mega work?

The service is 100 per cent browser-based so users do not have to download anything to get started. Mega works with all major browsers, but users are pushed to use Google Chrome. Although it has initially been designed for use on laptops/desktops, the firm said that mobile apps are in the pipeline.

There is no guarantee against multiple concurrent failures and repeated unprecedented government misconduct," Mega warns its users

It's easy to share files users can upload individual ones or by dragging-and-dropping whole folders. You can then choose to share files with individuals by entering their email address and or generate a link which will direct anyone to the download page. Mega discourages using the latter option, as this is likely to be a way in which content is shared illegally.

What does Mega offer?

Users who sign up to a free account will receive 50GB of free cloud storage. There are no limits on the size of individual files, so it is possible for users to store any files they want such as HD videos, photos or documents.

Those wanting more than 50GB can sign up to a Pro account and there are three tiers of membership.

How is data encrypted?

There has been some hoopla about the security protocols in place which have been addressed in a blog post by Mega. Security is different to other major cloud-based providers such as Dropbox.

So how does security work on Mega?

Mega makes use of cryptography to boost the security of files instead of relying solely on HTTPS and server-side encryption.

Uploaded data is encrypted before being transmitted via the web and is only decrypted once a download is complete. Mega uses 2048-bit encryption, contrary to reports that it was using the defunct 1024-bit encryption.

Your password is king on Mega. It is the master encryption key so forgetting it means you lose access to your account and files as there is no password reset feature at this time.

Mega has confirmed that it will offer a password reset feature in the future, which will re-encrypt the master key on its servers. However, Mega warns that - although you will be granted access back into your account with a new password - any files will be unreadable.

"Now, if you have any pre-exported file keys, you can import them to regain access to those files. On top of that, you could ask your share peers to send you the share-specific keys, but that's it - the remainder of your data appears as binary garbage until you remember your password," the firm notes in its FAQ.