Public sector: could do better

Inside the Enterprise: The National Audit Office issues its report card on government IT. There is still work to be done. 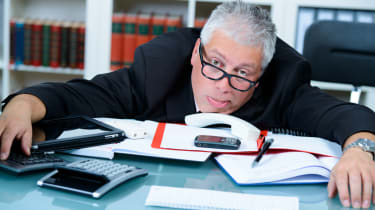 Not long ago, any claim that a government department had exceeded its savings targets would have been dismissed as spin. Public sector projects, especially in IT, were known for overspending, not cutting costs. But that seems to be changing.

The list of IT projects that have failed, or gone over budget, is too long to reproduce here.

The global financial crisis has forced the Government to look at all areas of spending. There is also a broad cross-party consensus that the public sector needs to spend less, even if there are disagreements about the what to cut, and how fast. Moreover, there is renewed emphasis on the need for more efficient delivery of services, and streamlining administration.

IT is both an area where Government spending could and arguably should be cut back; it is also an area where investing in technology should make public services both better and cheaper.

But the public sector's track record in delivering large-scale IT projects or indeed large-scale business process modernisation, built on IT is not good. The list of IT projects that have failed, or gone over budget, is too long to reproduce here. Government departments often lack the expertise to deliver complex IT in house, but nor do they seem all that effective at using external IT suppliers.

There are suggestions that the cosy relationship between ministries and some IT system integrators is leading to expensive and inflexible IT procurement, with smaller, more nimble suppliers being locked out of government business.

In some ways, of course, problems in public sector IT outsourcing often mirror those experienced by private sector companies, with contracts that respond poorly to change, or that fail to deliver value for money over their lifetime. But in the public sector, these failures are harder to hide than they are in the commercial world.

Then there examples that suggest that either contractors are overcharging government departments, are horribly inefficient, or both. In a recent interview with The Guardian, Cabinet Office minister Francis Maude pointed to an example of what he describes as a small scale hosting contract where the incumbent supplier was quoting 4 million. An SME is now running the contract, for the princely sum of 60,000 a year. And, as the minister points out, there are many more areas where the public sector can save on IT, but more still where technology could replace paperwork.

And this, as the National Audit Office pointed out, is the real task facing public sector technology. In its report, The impact of government's ICT savings initiatives, the spending watchdog highlighted savings of 316 million in the 2011-12 financial year, a figure that is likely to be bettered in 2013 and 2014. But ministries need to move on from simply focusing on cutting cost, important though that is, to modernising services.

"The big challenge will be to move from savings initiatives to achieving digital transformation of the civil service and the public services it provides," said the NAO. As enterprises have already discovered, there is a balance to be struck between cutting IT costs, and cutting the capability to save money in the wider business.