The arrival of cloud computing means CIOs change their approach to procurement. What strategy works best? 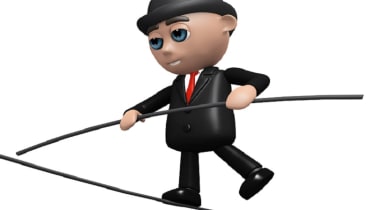 The changing nature of supply-side IT relations means the CIO is in danger of being left out in the cold. With line-of-business executives able to purchase their own technology from the cloud, does an organisation really require a dedicated technology chief?

Such purchases can be made without recourse to the traditional IT department. Once the cloud service is no longer required, business executives can simply cancel the subscription.

The politically savvy CIO will set the agenda now for cloud adoption across the business.

Tim Welburn, IT director at engineering specialist Babcock, says use of the cloud by the business is undoubtedly set to increase. CIOs must take a stand now and create a strategy for on-demand IT purchasing.

There remain, says Welburn, big concerns around the security of information held online. Executives at all levels are rightly concerned about the potential for data to cross national boundaries and to compromise data regulations.

But Welburn asks a pertinent question when he wonders how many non-IT business leaders really understand where their data is held, and whether IT resources are provisioned on-demand or in-house. He believes that, as the quality of service matures, more and more business will have to consider on-demand technology. The politically savvy CIO will set the agenda now for cloud adoption across the business.

"There will always be pioneers and people with nasty experiences, but we'll get there eventually," says Welburn. "Being scalable and secure is the key to success. And the cloud would be a natural starting point if you were starting an IT department now in a small company."

Use of on-demand IT is not just confined to small firms and niche departments of larger organisations. Cloud-first has been an integral element of media giant News International's approach to IT for the last two years. CIO Chris Taylor is helping his business colleagues understand the crucial role of the cloud and its many different technical flavours.

"I don't buy the concept of the private cloud," he says. "There are distinct approaches to the cloud, namely the utility-based public cloud and external hosting. The private cloud is something different and is best viewed as a virtualised internal data centre. In that sense, it's not true on-demand computing. And I think CIOs should either embrace the cloud, and its benefits, to the full extent or they should steer clear. You're either in it or you're not."

Taylor has every desire to increase use of the cloud at News International. He has intentionally frozen internal data centre purchasing at the firm. Any new growth of hardware resources at the business has to be accounted for by the cloud. Taylor has created the strategy for on-demand adoption, and the business is already a heavy user of Google Apps and Salesforce.com. Other key cloud services for the media giant include Amazon Web Services and the cloud application platform Heroku.

Suffolk County Council is another organisation that is moving on-demand. The council recently completed the first phase of a Citrix-based desktop transformation programme to an initial 1,200 users. Led by CIO Mark Adams-Wright, the programme has been designed by consultancy Centralis and has been delivered in partnership with Customer Service Direct.

The move towards virtualisation is part of longer-term move towards external service provision. "I think you need to know what you really want to achieve before you push forwards," he says, referring to the role CIO peers can play in transforming IT. "If you can prove the cloud works, you can showcase your good work internally and externally."

A Google Apps trial is currently being completed in one part of the organisation. Adams-Wright is also analysing the potential for a sandboxing tool that will provide secure access to apps from Apple iPads. Specific projects are, therefore, underway. But CIOs must recognise that going on-demand is not a panacea for all modern business IT challenges.

"There's no single answer to questions around the potential for cloud technology," says Adams-Wright. He says cost efficiency is important, and workers must be able to undertake tasks through the cloud effectively and productively. Adams-Wright also says consistency in standards is key and will help the council purchase technology on-demand according to individual business requirements.

"Just because we're a county council doesn't mean that all our employees work in exactly the same way," he says. "There are distinct differences between individuals, who have specific requirements from the technology stack. We want to be able to take what's appropriate, when it's ready, and create as light as infrastructure as possible."

The key message for CIOs, then, is to find a strategy that guides users in best practice use of the cloud. Ian Gausden, chief operating officer at VocaLink, says his organisation makes limited use of cloud technology internally. On-demand efforts are mainly centred on development, testing and proof-of-concept studies.

The key message for CIOs is to find a strategy that guides users in best practice use of the cloud.

Gausden also recognises that in a way his entire firm's business is already an externally hosted service for finance organisations, which rely on VocaLink's payment processing facilities. Yet the required level of service associated to such processing means VocaLink is unlikely to push its internal technology to the cloud any time soon.

"We're not in a position where an external provider could take on our business," he says. "It's not an option for us to turn around to the banks and tell them that we can't process their payments on a particular day because of a systems failure. Moving to the cloud would require us to provision our systems across multiple sites and platforms, and that type of on-demand service would require a huge amount of management."

Gausden believes that, for many organisations, the oft-cited obstacles to cloud adoption such as governance and security can be overcome.

He also recognises that the cloud could, inevitably, provide a cost-effective and sensible solution to key business challenges. "I still keep an eye on the cloud though, as the problems will eventually be solved and there could be cost advantages for the organisation," says Gausden.