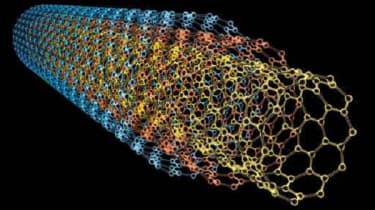 The opening of a new University of Cambridge-backed graphene research centre could bring the concept of the "internet of things" one step closer to reality, it has been claimed.

Graphene has been touted by the electronics industry for several years now as a possible replacement for silicon in computer chips.

The material is made from a one-atom thick layer of graphite and is renowned for being exceptionally strong, lightweight and flexible, and for its ability to conduct electrons faster than silicon.

Graphene has been touted as a silicon alternative by the electronics industry for several years.

Work at the Cambridge Graphene Centre is due to begin at the start of next month, and will be followed by the opening of a research facility by the end of the year.

The centre will focus on researching ways for graphene to be manufactured on an industrial scale, as well as applications for its use in electronic devices.

The Government has contributed more than 12 million towards the running of the centre, while industry players including Nokia, Dyson, Phillips and BAE Systems have contributed a further 13 million in financial support.

Professor Bill Milne, a member of the centre's management team, said more research is needed so that graphene can be produced in a "perfect form" over large areas.

"Our first aim is to look at ways of making graphene that ensure it is still useful at the end of the progrogress," said Milne.

"We have to find modes of production that are consistently effective, and there is still a lot of work to be done in this respect."

To this end, the centre's research team will focus their efforts on perfecting a process called chemical vapour deposition with graphene, which has allowed other materials to be produced on an industrial scale in the past.

"The process technology will open up new horizons for nanomaterials, built layer by layer, which means that it could lead to an amazing range of future devices and applications," explained Dr Stephan Hofmann, a reader and specialist in nanotechnology, who will be responsible for overseeing the manufacturing part of the project.

Another area of focus for the centre will be on using graphene in networked devices to aid the creation of the "internet of things", which could see a wider range of household devices boasting online connectivity in future.