Can RIM use its new BlackBerry software to convince businesses to fall in love with the platform all over again? 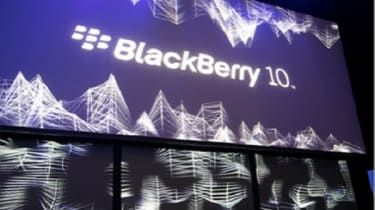 "Both of these have depressed sales for RIM's devices, and neither is going away. The first of these phenomena is unstoppable, and we expect a significant increase in employee-led rather than IT department-led smartphone buying."

If BlackBerry 10 delivers, it should produce a nice fillip in RIM's results in the first two quarters of 2013 at least as this pent up demand finally meets supply.

Ovum has conducted research on RIM's smart device strategy and is of the impression the company is aiming BlackBerry 10 more at its exiting 80 million or so users rather than platform converts.

This, in itself, could pose a problem though. Users with older BlackBerry devices in the workplace aren't necessarily asking for the same, but newer, when they talk to their IT department. More often than not, they're demanding something sexier' and completely different. Cue Android, iOS or Windows.

"We believe that much of the installed base in mature markets has delayed upgrading while BlackBerry 10 is pending, something that has unfortunately dragged on for far too long, thus lengthening the upgrade cycle and depressing results in the interim," Dawson adds. "If BlackBerry 10 delivers, it should produce a nice fillip in RIM's results in the first two quarters of 2013 at least as this pent up demand finally meets supply."

While the initial prognosis is good, the longer term outlook, at least from Ovum's perspective will be more of an uphill struggle than a sprint to the finish line as a smartphone industry winner.

"Despite the brief bump RIM will see from the launch of BlackBerry 10, we expect its decline to continue longer term. At its peak, RIM shipped between 12 and 15 million devices per quarter, but there is no way it can hit this number on a sustainable basis once the BlackBerry 10 launch filters through," adds Dawson.

"In all, RIM continues to face the twin demons of consumer-driven buying power and a chronic inability to appeal to mature market consumers. There is nothing in what we've seen so far of BlackBerry 10 that suggests it will conquer the second of these demons, and the first is utterly out of RIM's control."

Dawson concludes: "We don't expect a speedy exit from the market; with no debt, 80 million subscribers and profitability in the black in at least some recent quarters, the company can continue in this vein for years. But its glory days are past, and it is only a matter of time before it reaches a natural end."

BlackBerry 10, on paper at least, seems to be taking current trends into account, especially with leaked hardware pictures and video reviews from developers.

However, the real test will be whether BlackBerry 10 devices can produce such a positive reaction from business users when compared to Android, iOS and Windows Phone three platforms that are making more and more appearances in the workplace.