Inside the enterprise: A study by Forrester finds that the drive for cloud computing continues to come from lines of business, not IT. 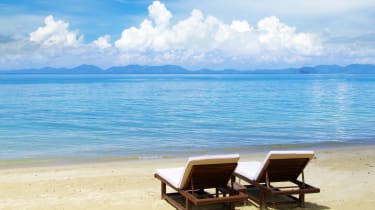 According to a report by Forrester and Microsoft one of the drivers for cloud computing continues to be a frustration with the speed and flexibility of IT.

Although cloud can cut operating costs, and allow IT departments to deploy new systems more quickly, researchers found that the impetus for IT projects is coming mostly from outside the IT organisation.

This is worrying, but less for the suggestion that IT is failing to embrace the cloud, but because it implies that IT despite several years of pressure is still not responding adequately to business needs.

As a result, line of business managers are sourcing their own technology through the cloud or Software-as-a-Service. Some managers are literally turning to their credit cards to bypass lengthy IT processes.

"Often the starting position within the business is a desire for innovation, but IT is seen as too slow," says Holger Kisker, a principal analyst at Forrester.

"With cloud they have a new lever. But it is also leading to a 'Wild West' of the cloud, with IT not responsive or fast enough, and business doing it on its own."

In particular, companies are using cloud to develop lightweight, web-based applications, or to automate business processes through software as a service.

Forrester also identified a group of practitioners, mostly in business, that it describes as "change agents". These change agents are the employees or managers who identify where technology can help improve the business, and then act, often through the cloud, to deliver it.

"I work in IT in the construction industry.

"People will look at the cost of consultancy in construction and say 'Wouldn't it be so much cheaper if we didn't have to pay for a quantity surveyor or a health and safety guy?' Yes it would.

"But, when that building falls down and kills passers-by, the resulting litigation can cost millions and much heartache.

Put into that context, construction consultancy works out to be quite a cheap investment. And the same goes for cutting corners with IT and by-passing due process.

"The building, and your IT infrastructure, might not fall down. But would you be prepared to take the risk," asks Mark Evans, IT director at construction firm RLB.

Similarly, business units outside of the IT team can use Cloud-based services quite cheaply. If bypassing corporate security means that goods and services can get to market faster then there is a compelling argument for bypassing the IT team.

The service you have implemented, bypassing the "due diligence" of the IT team may not get hacked, sharing your corporate secrets or new patent information with the world.

But would you be prepared to take the risk?

The change agents, according to Kisker, are often influenced by the power of consumer applications run through the cloud, and question why the business lacks similar capabilities. These change agents help to drive up overall business efficiency, and should be nurtured, the research found.

IT has a chance to respond, but there is a clear sense that its window to do so is narrowing. "The need here is for IT to understand the opportunity cloud offers them," says Kisker.

Forrester sees IT departments becoming cloud brokers and co-ordinators and sourcers of services, with the focus moving away from building and running systems. In some cases, Kisker believes, IT could even become a profit centre for the business, rather than simply a cost.

But that will mean some far-reaching changes in the way IT departments operate, and the skills of their people. As one head of IT at a UK university told the researchers, some 80 per cent of IT staff are currently technical, with just 20 per cent with business skills. That will have to change, as organisations move more of their raw IT capabilities into the cloud.

There are skills and resources that IT can bring to cloud projects, around standards, security, governance, data protection and integration. And Forrester admits that successful cloud projects without any involvement are rare.

But IT needs to develop its co-ordination and governance functions in such a way that they improve the success of cloud projects, without stifling the innovation the cloud agents are trying to bring about.