My life of IT: Mark Evans, RLB

Mark Evans, IT manager at construction firm RLB, talks about how he got into the industry. 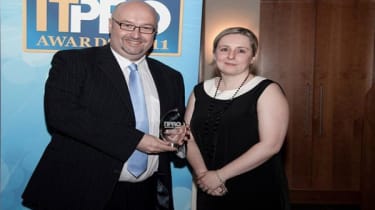 I started my career in IT management immediately after gaining an honours in Computer Information Systems. Equipped with that important piece of paper, I landed a job as IT Manager within the NHS in Birmingham. No experience of management, but I had THAT piece of paper!

I have always said that team members can take a pot-shot at me as long as it raises a laugh with me. As a rotund, bald-headed, spectacle-wearing Black Country lad I think I have kept my side of the bargain by providing them with ammunition.

Following my time at the NHS, I went to work for the opposition, a division of the former Private Patients Plan insurance company. After an abject lesson in appalling man-management from a director I decided to try my hand in the contract market where if necessary I could vote with my feet.

Armed with the lesson of how not to manage people, I sought to manage my teams in a way which would allow them to express themselves professionally and on the occasional night out personally... I have always said that team members can take a potshot at me as long as it raises a laugh with me. As a rotund, bald-headed, spectacle-wearing Black Country lad I think I have kept my side of the bargain by providing them with ammunition.

I went from strength-to-strength and had two of my best positions in my career; I worked for Orange for two years as regional support manager and then spent a number of years in Ipswich as Global IT Infrastructure Manager for a shipping company. Despite the fact that everyone was under notice due to a consolidation project which would close the Ipswich office, we all "mucked in together" and kept the team going until it was time to shut down the systems, turn off the lights and lock the doors behind us.

I then moved back into permanent employment as head of IT for three successive companies and have built a strong team.

We won IT Pro's "IT Team of the Year, 2011" award and I'm proud to say that the team I inherited has been supplemented by new members and not one of them has felt the need to leave to seek new challenges.

Would I change anything about my career so far? Not a thing