BlackBerry 10: Top 10 tips to get started on the Z10 smartphone

The BB Z10 is out in the UK tomorrow. We take a look at some of the key features you should start off using. 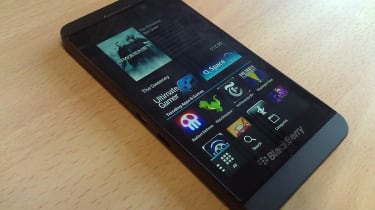 If you've purchased the newly launched BB10 handset or are thinking about getting one, here are some top tips to help you get started.

Setting up a password should be the first thing you do on any device. Make sure to use a combination of letters and numbers and avoid using a word that would be found in the dictionary. Next up, set the device to lock as quickly as possible this is 1 minute on the BB10. It is also possible to enable the "lock when holstered" and we recommend you do this too.

Head to Setting > BlackBerry Protect and set it to "On". You should then go to http://protect.blackberry.com to sign in with your BB ID, so you can remotely track, lock, wipe and display a message on the device.

2) Setup up your accounts on the BlackBerry Hub

It's easy to set up all your email and social networking accounts on the Z10. This is done through the Hub. BlackBerry has integrated Facebook, Twitter and LinkedIn deeply into the OS so it's possible to view messages and reply without having to open up individual applications. 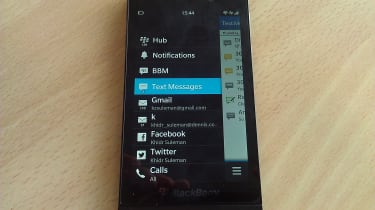 Of course it will also support IMAMP, POP3 and ActiveSync Exchange accounts so this remains one of the best devices when it comes to getting content pushed to your device.

The Hub itself shows messages from all your accounts but you can easily access specific inboxes with a quick tap.

Although Adobe won't be pushing out updates for Flash, it is still a useful piece of software to access video content on your phone at this time. BlackBerry switches it off as default. To enable it, simply open the browser then click Settings> Display and Actions and toggle the switch to "On".

4) Use the Remember Me app

A particularly useful feature we have found so far has been the Remember Me app, which is built into the platform. Essentially this allows users to create folders and store content relating to trips/projects. 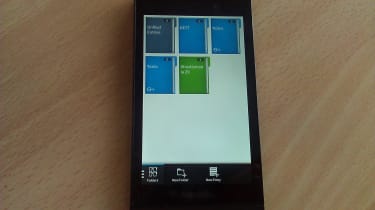 It is possible to add links, pictures, voice notes, documents and even set a due-date for tasks, so the app doubles as a to-do list. A very helpful feature for users who are running multiple projects at the same time and have numerous deadlines.

5) Get apps, movies and music from BlackBerry World

There are 70,000 apps in the BlackBerry World store which may not seem like much when compared to the hundreds of thousands in the Apple App Store and Google Play.

Useful apps pre-loaded onto the device include Adobe Reader, Docs to Go, Dropbox, Facebook, LinkedIn, Twitter, YouTube and Box. SAP has committed to bringing its mobile apps to the platform, and Skype and Whatsapp are also on the horizon.

What's in the actual store? So far we've found a handful of other major apps including Angry Birds Star Wars (75p), BBC iPlayer (Free), BBC Sport (free), and The Guardian (free). We didn't see any sign of popular apps such as the Ebay or Kindle, however. 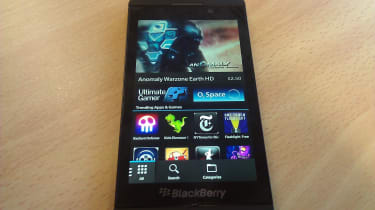 Still BlackBerry is making an effort to provide content and you can now purchase albums, singles and even rent/buy movies. It's possible to rent a film such as Taken for 2.99 or buy it for 8.99.

Small purchases are directly linked to your network provider so you don't have to enter any sensitive credit card or debit card details. We've managed to pay for apps for up to 4 through our carrier. For music albums, films or more expensive apps, you're going to have to enter another method of payment.

6) Get to know your keyboard

The BB10 keyboard is unlike any other default keyboard on the market. It adapts to the way you use language and aims to predict words so you can just flick them onto the screen.

It's a novel approach to input and although it will take a few days to get used to, this will speed up your typing significantly once you've mastered it. 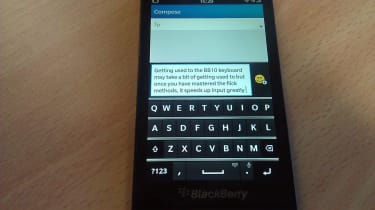 It is now possible to carry out voice and video calling via BBM. Simply open up the app and tap on the relevant feature to activate.

Both of these features are particularly useful as they provide a free method of communication over Wi-Fi. 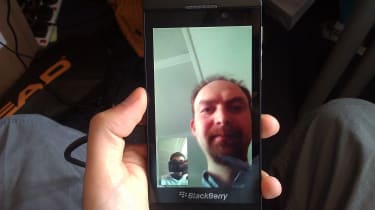 Video calling allows users to not only see the the recipient of the conversation, but also allows them to share the screen from their BB device. This is particularly useful if you are collaborating on a project or need to show a video/picture. Below you can see a picture being shared from another device. 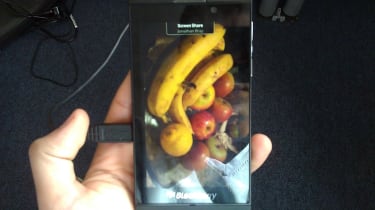 We used the video sharing tool over 3G and Wi-Fi. The quality over 3G was ropey, but this was expected. Over Wi-Fi the picture was much sharper although it did take a second for the screen to become clear and readable.

With both video and voice call we did find there to be a split second delay, but it this wasn't a big issue and it is possible to carry out normal conversations.

8) Transfer files to and from a PC wirelessly

It's possible to connect your device to a PC/Mac to transfer content wirelessly. Simply turn on the wireless sharing mode and add a password. The Z10 will then appear in the Networks section for PCs where users will have to enter the username and password to access files from the device.

When connecting the device to a PC via a USB cable, we were prompted to download the BlackBerry Link software to manage the device. Every time you connect your phone you can bring up a neat little app to transfer content to and from the device.

The Z10 has a built in micro-HDMI port so it is possible to tether it to a HDTV/projector to display presentations or multimedia content directly from the phone. The handset is also compatible with DLNA devices so you can wirelessly stream content as well.

10) Use the Time Shift camera feature

The camera has a particularly unique feature to help you take better pictures of people. The Time Shift feature takes a burst of pictures and allows you to pick the image where everyone is looking at their best. It's a neat implementation of burst mode and will no doubt avoid some of those embarrassing images when your are mid-blink. 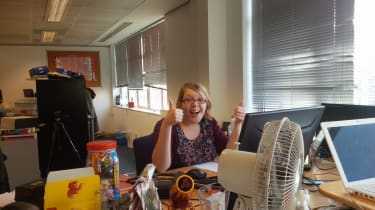 BB10 is shaping up to be an excellent operating system - and certainly looks to give Windows Phone a run for its money. It's easy to use and there are a multitude of options. It's definitely worth keeping an eye on if your business users BB devices.