We grilled our guest editor about his greatest successes and regrets and what he loves so much about this industry. 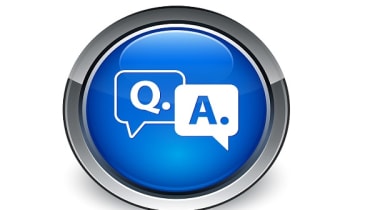 Can you describe your role in just three words?

What first sparked your interest in IT and how did you get to where you are now?

My interest in IT was sparked when I realised that the life of a lawyer was pretty much "Homework every night and weekend" and that being a chef involved getting up at "Stupid o'clock" in the morning to make breakfast. I wanted a challenging career which didn't involve early mornings or extended working hours.

How wrong can a person be?! IT has had me working crazy hours and studying constantly, but the psychology of management is always involving and the technical landscape is constantly changing. It's fair to say that I'm not doing the same job that I was when I started, or even what I was doing last year.

People will buy into an idea if it isn't launched at them like a missile. Give people the respect to come around to - or question - any plans and the team will develop a harmonious approach to change. Bludgeoning people with a job title is not management.

What has been your biggest success career-wise and, conversely, your greatest regret?

The biggest success is definitely helping some of my people to achieve their potential. My current Infrastructure Manager (no names, no pack drills!) joined the company as a keen amateur. I found the funding for him to study for Microsoft qualifications and - following passing a three-and-a-half hour exam in 80 minutes with a pass mark in the high nineties - Microsoft sent him an email asking him to help develop their examinations.

In a previous role, I found funding for one of my team to take Cisco networking exams. He took to it like a duck to water (or some similar clich) and went on to design and implement BT Vision and, as I write, he is in Tokyo working with Google on some major developments for the internet. He has had RFCs accepted by the IETF so he has effectively developed part of the internet. I feel proud to call people like these "friends" as well as colleagues.

My greatest regret? I try to take as much as I can from any situation, good or bad, so I tend not to dwell on "Could have been" or "Should have been". I suffered under a particularly poor IS Director early in my career - it had physical and mental effects on me, through workplace stress and whatever - but that showed me how not to manage staff and so I don't regret that situation at all.

What advice would you give to your younger self?

Patience. I am not a technical guru - I know enough to do the job without embarrassing anyone - my skills lie in team management and strategy. Technology changes rapidly, but winning an argument and changing the direction of an IT team within a business is often a case of planting the seed and then walking away.

People will buy into an idea if it isn't launched at them like a missile. Give people the respect to come around to - or question - any plans and the team will develop a harmonious approach to change. Bludgeoning people with a job title is not management.