Is the mid-range, 4G-enabled One SV a bargain for business users on the move? 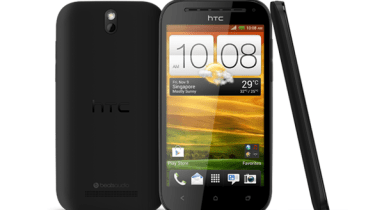 Android 4.0 sits inside the HTC One SV LTE. It's not the latest version of Android, and there's no telling exactly when HTC will push out the update. In day-to-day use though, you're not going to be left wanting with the One SV.

App support is fantastic thanks to the Google Play Store's abundance of high quality, often business-centric titles. HTC also loads its Sense user interface on top. This adds plenty of functionality as well as a very easy on the eye look and feel. 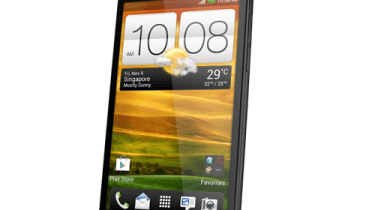 One of the ways Sense really makes HTC phones stand out is with high quality interactive widgets. It's extremely simple to load up your HTC One SV LTE's homescreen with a calendar widget, a calculator, a dynamic grid of contacts and a news feed reader, saving you opening the various apps should you merely want a glance and go.

HTC has included 8GB of internal memory will leave you with around 4GB usable memory. Under the back cover is a microSD card slot, so total storage can be upped by 32GB.

We mentioned the 1.2GHz Qualcomm processor powers everything along, and this is helped along by 1GB of RAM. This means web browsing is fluid and you'll be able to play back HD video without any stuttering. 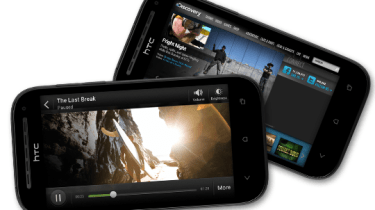 On the subject of imaging, the 5-megapixel camera around the back is something of a let down. Unlike other 5-megapixel units we've seen on phones like the HTC Desire Z, the results are very middling, with washed out colours and waning detail.

But imaging was never going to be the HTC One SV LTE's forte - the focus is on the high-speed connectivity, hence the name of the device.

If you're going for a 4G contract on EE, you're doing so for the data. All the phones aside from the aforementioned three will cost you extra, which may be the last thing you want to do if a free phone suffices.

The alternative free phones on an EE contract are the Huawei Ascend P1 LTE and the Nokia Lumia 820. The prior lacks any design finesse, feels hollow and fails to deliver as rich a user experience as the One SV. The latter runs Windows Phone 8, an OS castrated by its apps such as Dropbox and an FTP client, despite being easy to use and having Office.

The One SV LTE's battery is reasonable, lasting about a day with moderate use. If tethering, you may want to think about a spare, and thanks to the removable 1800mAh cell inside, that shouldn't be a problem.

The HTC One SV on EE's 4G network is therefore a balance of decent design, a strong operating system with rich app support and the most cost-effective 4G pricing around.

If 4G isn't on the cards and you're looking to pick up a regular 3G HTC One SV LTE, then the verdict changes. There's plenty out there available on all the non-4G networks that offers you more for less. In the HTC camp, you should look to the HTC One S for a slimmer, more powerful LTE-free proposition and if you can find one, the Google Nexus 4 which is both considerably cheaper, and significantly better.

One of the best mid-range 4G handsets around - the One SV LTE is a good option if high-speed internet is what you want. However, we'd hold off on buying a 4G device until the other networks make the service available as that's when pricing will get competitive.