IT Pro Guide: It's easy to see why consumers are taking to VoIP in their droves, but the technology also has benefits for business. Want to know if it's for you? Alan Stevens runs through the options 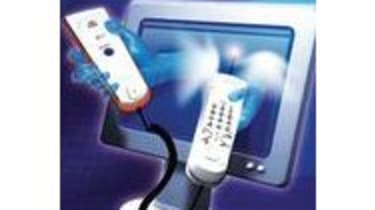 As a consumer technology, Voice over Internet Protocol (VoIP) has clear benefits, enabling home users to make low cost or even free telephone calls via a broadband Internet connection. The technology also has advantages for business users, but there are a lot more options, which makes the benefits harder to quantify.

So how do you choose whether or not switching to VoIP is a good idea? Read on to find out...

One of the most cost effective ways of deploying VoIP is in conjunction with a conventional TDM (Time Division Multiplexing) exchange or PBX.

Most PBX vendors offer add-on VoIP gateways with similar products from specialist vendors to work with any PBX. Inter-offices calls can then be directed over the Internet rather than the Public Switched Telephone Network (PSTN) - so-called least cost routing.

VoIP gateways also enable users in one office to make outside calls via the PBX in another - often referred to as PSTN "break out". Local rather than national or international rates will then apply.

Relatively inexpensive, VoIP gateways can be deployed with minimal disruption and make sense in companies who don't want or can't afford to replace existing telephone systems. They are only of benefit, however, where multiple offices or teleworkers are involved.

Another approach, popular with small and growing businesses, is the hosted PBX. Here the VoIP PBX is run by a service provider with only the handsets located at the customer site. Broadband provides the necessary connectivity with a full set of business telephony features on offer, including things like call forwarding, music on hold, voicemail, Interactive Voice Response (IVR) automation and email integration.

Rental is on a per-user subscription basis, making a hosted PBX a very cost effective as well as flexible solution. However, users are totally reliant on the Internet and the service provider involved for telephony support.

For greenfield deployment, or where an existing PBX needs to be updated, a solution with native support for VoIP is worth considering. It can be more expensive to buy but the following benefits apply:

Convergence - Only one cabling infrastructure is required for both voice and data networking. Wireless networks can also be used to connect users to the PBX.

Simpler management - Modifications to conventional switchboards are, typically, carried out by external engineers. Most VoIP products are managed via simple graphical interfaces to allow so-called "adds, moves and changes" to be done by in-house staff in just a few minutes.

Flexible hot desking - The majority of IP-based PBX systems allow users to authenticate using any available handset or softphone. Custom phone settings plus calls to their extension can then be routed to that location no matter where they are.

Least cost routing - As with VoIP gateways, a native IP telephony system can save on long distance call charges by routing calls over the Internet wherever possible.

Application integration - Although it is possible to integrate voice with other network applications using conventional TDM technology, it's easier with VoIP.

Call quality is the biggest VoIP issue. Low bandwidth connections, multi-hop routers and other intervening devices all add to network latency, causing call break-up. Any company looking to deploy VoIP should, therefore, have their network infrastructure audited and, where necessary, upgrade to higher bandwidth products with Quality of Service (QoS) support to prioritise voice traffic over data.

Standards support and interoperability can be issues too. The leading PBX vendors employ proprietary signalling protocols to implement call forwarding, hunt groups, voice messaging and other telephony features. Support for H.323 is also commonplace but, typically, only for basic call functionality. Use of the Session Initiation Protocol (SIP) is rising but deployment is patchy and compatibility issues common. As such, most PBX systems only deliver full functionality to handsets from the same vendor.

The need to throw away perfectly good hardware is another major concern. However, TDM and VoIP technologies can co-exist and most PBX vendors sell products to support both conventional handsets and IP phone users. It's also possible to get adapters to enable TDM handsets to be used with VoIP.

Not the only fruit

VoIP isn't suitable for every business. Enterprise customers are the biggest buyers but the majority of small and medium sized PBX sales are still of conventional TDM equipment which, in telephony terms, is just as good if not better than the VoIP alternatives.

The key benefit is cost reduction, from routing calls over the Internet rather than the PSTN. Network convergence, simpler management and flexible remote and mobile working are bonuses on top, but their benefits in financial terms are a lot less clear cut.