.EU registrar admits to tens of thousands of scams over .eu registrations 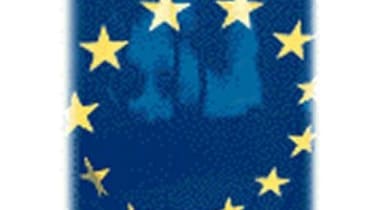 The move was prompted by abusive behaviour from a syndicate of registrars who have warehoused tens of thousands of domain names with the obvious intent of selling them.

"Since registrars should only register domain names for existing customers and not "warehouse" the names in order to resell them at a higher price, this is clearly in breach of the registrar contract."

EC regulations (733/2002 & 874/2004,) state that companies that are based in the EU are allowed to use a .eu identity and hence convey a European Identity on the Internet. A handful of .eu domain names have already been suspended as their holders have not been able to show that they are based within the EU.

The outcome of the suspended domain names now awaits a court decision and Eurid intend to make the names available for registration again. The problems mark a very successful six months for the .eu registration.

The Europe domain recently passed the 2 million mark and promoted the .eu as the third biggest domain in Europe, this may put it back to fourth place as it currently admits to just 1,981,756 registrations.

Back in December 2005 when the .eu domain registrations started to be processed, the company with the task of administering the domain name Eurid thought that they would probably have to deal with around a million registrations in the first year. However after just six months Eurid announced that had registered over two million registrations putting .eu as the third most popular domain in Europe behind Germany (9 million) and the UK (5 million).