IT PRO Case Study: Tube Lines, the company responsible for the maintenance and upgrade of infrastructure on London's Jubilee, Northern and Piccadilly tube lines, turned to web-based text messaging to improve information distribution 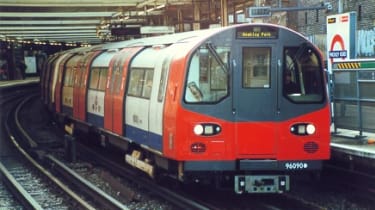 Tube Lines is the London-based company charged with rebuilding the Tube's busiest lines on the London Underground.

It maintains and is upgrading the infrastructure (stations, trains, signals, tracks, etc) on the Jubilee, Northern and Piccadilly lines and has been operating since January 2003 when the responsibilities were handed to the company under the London Underground Public Private Partnership.

The business problem A serious business problem was first identified in 2004 when it was found that senior managers could not communicate to internal employees and contacts quickly enough about immediate operational issues with potential passenger service impacts. Tube Lines discovered it was experiencing delays with its current communications infrastructure - text messages were not being delivered and distributed rapidly enough. The current system was sending text messages singularly to each individual mobile handset, using a slow and lengthy process. Tube Lines needed to find and implement a faster, more robust communications system to replace this system as soon as possible.

The project was subsequently appointed to Peter Radley, Duty Operations Engineer (DOE) for Tube Lines, who began the selection process to find a brand new system that would enable quicker and more reliable dissemination of information from the Tube Lines Control Centre. Key requirements for the new system included enabling senior managers to communicate with a large number of employees via text message within seconds using a scalable, cost effective platform with universal appeal and a user-friendly interface.

Why develop this now? The Control Centre is the communications hub for Tube Lines. This nerve centre is the central point where direction for all three lines is managed. All incidents relating to their infrastructure, from a light bulb blowing in a station staff room right through to emergency situations such as the 7/7 bombings are reported to the Control Centre and the response is managed from there.

The Control Centre is manned 24-7 with two duty operations engineers (DOEs) and a team of fault handlers. The teams work around the clock to ensure the swift rectification of any fault but the communications hub constantly updates and informs relevant employees of any incidents which could potentially impact Tube Lines operations. Messages are distributed via text message to a list of numbers from a computer in the Control Centre. It was critical that Tube Lines deployed the most effective and reliable method of communicating internally to its workforce, hence the reason why the Tube Lines/TMC project was born.

Tube Lines provided the funds for the project and kick-started the scheme by identifying exactly what technology it required. Initially it began testing the TMC technology by conducting trials on a small group of Tube Lines managers. Following the positive feedback received from the management board regarding The Messaging Centre - the technology was then gradually rolled out across the company.

During the initial roll out stage, Tube Lines continued to assess the SMS technology that TMC had provided against its specific requirements - cost, speed, and reliability. It was able to work very closely with The Messaging Centre to ensure that any necessary improvements or bespoke requirements for Tube Lines were met as quickly as were needed. It was also critical to every day business operations and continuity that the migration to the new technology would appear absolutely seamless to people around the company.

The technology from TMC was chosen above numerous other systems due to the cost of savings experienced, reliability and robustness it provided the Tube Lines organisation. As a result, to date, TMC has now been used by the company for over two years and Tube Lines is very pleased with the results.

Results and evaluation Tube Lines monitored and evaluated the project by setting targets against the required speed of text messages being distributed and received but also on the direct cost.

Peter Radley, DOE, Tube Lines commented: "Previously it could take around quarter of an hour to send out all the text messages but now 1,000 messages go within seconds." He continued: "Since deploying the SMS technology from TMC we now have real-time awareness of problems on our lines, enabling a much more rapid response than previously possible."

The project achieved the overall aims and objectives set out by the Tube Lines management board. However, it also exceeded them in terms of improving cost containment for Tube Lines, by reducing the annual spend on their communications infrastructure by nearly half. Tube Lines found that the main cost was the fee for each text message and reported that the TMC solution shaved 40% off the price of each text. More importantly than the price and costs saved were the robustness, reliability and speed of the communications system that The Messaging Centre provided. TMC technology even withstood the extra strain of updates following the July 7th 2006 bomb attacks on London's public transport system.Sustaining the Tube Lines/TMC project The project and its benefits will continue to grow into the future for Tube Lines. The company is looking to implement TMC technology within other areas of the organisation as the interface can be integrated into existing database systems with ease.

Peter Radley, DOE, Tube Lines Ltd added: "One key thing we learnt was that we could be demanding on TMC and they would respond. Their support has been excellent and they've never let us down. We asked for some changes to be made to our system, for example by adding a spell checker. These improvements have been made promptly, effectively and without fuss."