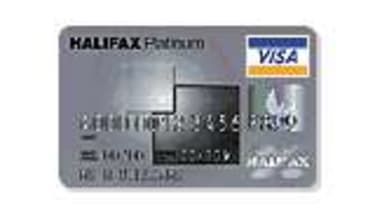 The Financial Services Authority (FSA) has given the green light to an online payments scheme designed to help eliminate the threat of ID fraud and reduce the UK's billion-pound debt mountain.

Last week, Ukash, which promotes the online use of online vouchers rather than credit, was awarded FSA certification as an electronic money institution (ELMI). The company, which is part of SmartVoucher Ltd, will now be regulated by the FSA as an approved e-money issuer, giving businesses and shoppers greater peace of mind when conducting online transactions.

As a result, it can increase the maximum limit per online transaction to 500. Previously, the company held the FSA's Small E-Money Issuer Certificate, which had a limit of 100 and meant the scheme wasn't subject to FSA rules.

Justin Lunny, Ukash's director of sales, believes that its scheme may help address Britain's spiraling debt problem. According to statistics compiled yesterday by charity Credit Action, total consumer lending to individuals in June 2006 reached 211.6bn, an increase of 7.3 per cent in the last year.

The statistics also revealed that average consumer borrowing for UK adults via credit cards, finance deal, overdrafts and unsecured loans has risen to 4,540 per person.

"Lots of people in the UK and Europe have what I call the jam jar mentality," said Lunny.

"That means they want to keep their money separate. They know exactly how much they spend on their mobile phone, groceries etc. Ukash is a way that they can control spending online without getting into further debt or running up a balance on their credit/debit card."

Consumers can obtain the vouchers, which feature a unique 19-digit identifier, in the UK from PayPoint, ePay and PayZone, covering some 45,000 retailers to date.

Around 250 website accept this form of payment currently, but Ukash says this number is growing, as is European momentum for the scheme. The number and value of transactions has also increased by 15 per cent week-on-week in the past six months, according to Lunny.

"There is a large population of people who don't want to use or don't have access to credit or debit facilities. Some 70 per cent of the mobile phones used in Europe are pre-pay. We are allowing access to online services in the same way. The low-cost travel market, for example, offers excellent value but only if you have a card. Ukash provides the opportunity for consumers and merchants to meet in the middle," said Lunny