Smartphones could spell the death of the handheld 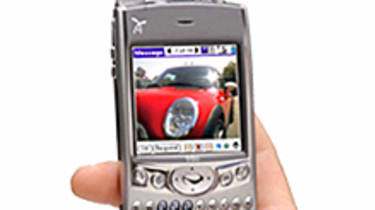 Users' fondness for devices that feature both phone and PDA functionality is contributing to the decline of the handheld device market, according to IDC. Nevertheless Palm, HP and Dell are hanging on to the top sales spots.

Vendor exits and the increased sway towards converged devices have led to 10th quarter of year-on-year decline worldwide, according to IDC's Worldwide Handheld QView. But despite the grim outlook, Palm shipped more than HP and Dell combined. Cleverly, both Palm and HP have recognised the shift towards convergence and have successful strategies in these markets.

"The past 10 quarters have provided a combination of factors that have led to this milestone: the exit of vendors from the handheld market, the shift of vendor focus from handheld devices to converged mobile devices (i.e. smartphones), and the increasing popularity of converged mobile devices overall," said Ramon Llamas, research analyst with IDC's Mobile Markets Team.

The picture remains equally bleak looking forward, according to IDC. "Looking ahead, we expect additional quarters of decline and a flattening out of shipment activity before a return to growth. In order to do that, vendors must discover more market segments, relevant applications, and improved usability beyond personal information management."

"However, more applications must be deployed to reach more users and eventually bring about a stabilising effect to shipment activity."