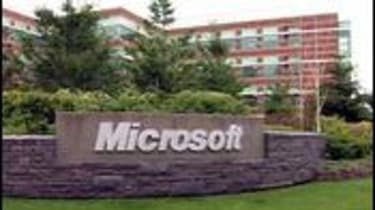 Microsoftis to release a dozen security bulletins to patch vulnerabilities in Windows and Office on Tuesday next week.

The software giant advised of the impending fixes as part of its Microsoft Security Bulletin Advanced Notifications service. But despite the advanced warning, the volume of patches required will only add to IT departments' headaches, according to experts.

"This is two months out of three that Microsoft has released a fairly large number of patches. The ever growing pressure on IT departments to keep their systems up to date is not diminishing," said Alan Bentley, managing director, EMEA, of patch management specialist Patchlink.

Windows is most in need of patching, with 10 security warnings on their way for this operating system on August 8. Office is still affected but to a lesser extent, with just two vulnerability patches deemed necessary. Microsoft says these updates can be detected using the Microsoft Baseline Security Analyzer and the Enterprise Scan Tool, adding that some may require a restart.

But Microsoft is remaining coy about the severity of the patches and won't reveal the extent of the vulnerabilities until the official announcement, dubbed Patch Tuesday, next week.

"Microsoft has done the right thing by letting its customers know of the impending high volume of patches being released on this Super Patch Tuesday. The number of critical patches that are being released and those patches that need particular attention is not yet clear," commented Bentley.

"Preparation and planning is the key to successful management of the issue. Unfortunately patching is not as simple as sticking on a plaster. IT departments need to have the policies in place and resources allocated to get the job done. The key will be to follow the guidelines of testing, prioritising and deploying patches through established policies."

The software giant also announced that it will release an updated version of the Microsoft Windows Malicious Software Removal Tool on Windows Update, Microsoft Update, Windows Server Update Services and the Download Centre.