We are not a security company, we make soup 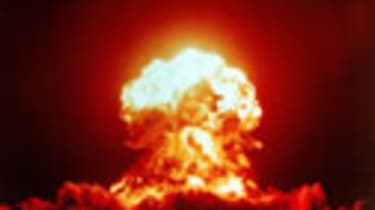 Unilever has signed a managed firewall service in a multi-year deal worth more than 10 million to BT.

Under the six-and-a-half-year contract, BT Global Services will look after more than 250 of Unilever's firewalls spread across 68 countries by consolidating management onto a single platform.

A dedicated BT team will be responsible for protecting Unilever's infrastructure against threats like viruses by standardising protection and reporting protocols.

"Our decision was based on a desire to transform the management of the service in line with the rest of our IT portfolio and benefit from the added global security that BT will deliver through its standardised service," said Geoff Thirlwall, vice president of IT services for Unilever.

The move complements the Anglo-Dutch company's existing relationship with BT, which has been in place for a number of years.

"We make soup and soap. We don't want to do IT, we have to do IT," said Neil Cameron, Unilever's chief information officer.

"The world is changing. It is getter more complex and the challenges are harder to meet. And we can't do it on our own."

Cameron said that the services provided by BT far outweigh the ones provided previously in-house in terms of quality.

He added that, despite some initial teething problems, the success of the relationship thus far was based on effective communication.

"It was kind of like a blind man describing colour. We weren't really communicating early on," he said.