CIOs must get more energy-savvy 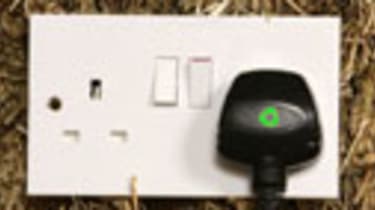 Those in charge of technology and information decisions need to ensure their IT practices are more environmentally friendly, according to a leading analyst.

Most chief information officers (CIOs) need to wake up to core 'green' issues like the rising amount of energy that technology demands, according to Gartner.

It believes that those in charge of such environmental policies should be aware of the direct implications of electronic waste in additional to the potential knock-on effects, such as global warming.

"IT's age of innocence is nearing an end," said Steve Prentice, chief of research at Gartner.

"Technology's clean and friendly 'weightless economy' image is being challenged by its growing environmental footprint. While a growing number of regulations are already increasing the end-of-life costs for IT equipment, IT also has to face mounting concerns over spiralling electrical power consumption."

As businesses evolve, so do their computing demands. This places additional pressure on capacity, claims the analyst.

In the past year, Gartner says that there has been a massive increase in the deployment of high-density servers, which has had an effect on power consumption and cooling.

In addition to adverse effects on the environment, power-hungry computing can impact on the IT department too.

"Today, energy costs typically form less than 10 per cent of an overall IT budget," said Rakesh Kumar, a vice president of research at Gartner.

"However, this could rise to more than 50 per cent in the next few years. The bottom line is that the cost of power on this scale would be difficult to manage simply as a budget increase and most chief information officers would struggle to justify the situation to company board members."

But it's not just high-capacity data centres that are placing additional stress on the environment, according to Gartner.

Storage devices, networking controllers and innovations such as the uninterruptible power supply are also draining resources.

To combat such issues, Gartner advises that those in the hot seat should focus on better utilising the equipment they already have in place, in addition to investigating less intensive technologies such as virtualisation and workload balancing.

"The writing is on the wall for CIO," added Kumar.

"Whatever way you look at it they have to take control of the impending power crisis and data centre management will be crucial to that."