August shows largest sales yet as manufacturers gear up for Christmas 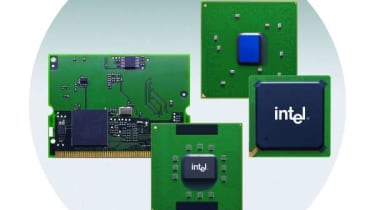 Worldwide chip sales are booming as manufacturers gear up for a better than expected Christmas sales rush according to the Semiconductor Industry Association (SIA).

The SIA reported that August sales this year hit an all-time monthly record of $20.5 bn, an increase of 10.5 per cent from this time last year. The growth comes from continued steady growth in PC sales and an increase inpurchasing from consumer electronics firms as they prepare for the Christmas sales push.

"Sales growth was led by DRAMs, which increased by 7.5 per cent from July and by 31.4 percent from August 2005, an indication that PC sales remained strong," said SIA President George Scalise.

""Semiconductor devices for consumer applications - NAND flash and consumer application-specific semiconductors - showed strong sequential growth, as manufacturers began gearing up for the holiday season. A sharp decline in gasoline prices appears to have boosted consumer confidence, which bodes well for an industry that is now strongly driven by sales of consumer electronic products."

He pointed out that consumer electronics now accounts for around half of all chip sales and that the semiconductor components in devices like media players make up around 40 per cent of the cost of purchase.

The fastest growth in sales comes from the US, with Europe the weakest market, where three monthly sales actually fell.