The news that Google has acquired YouTube has grabbed mainstream attention. However, the implications could be far bigger than most have realised. 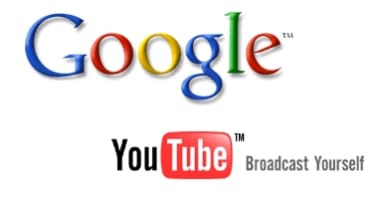 It is only natural that Google's purchase of the Flash video storage and playback site YouTube for $1.65billion of stock is big news. The deal is one of the largest acquisitions of an internet based company (previously Yahoo payed $3.6 billion for the Geocities Web Hosting service, while Ebay purchased Skype and Paypal for $2.6 billion and $1.5 billion respectively).

Has Google paid too much for YouTube? Are we back in a bubble reminiscent of 1998? No. I'm confident that Google have made a positive strategic move in acquiring YouTube. The company clearly has one eye on the long goal of building an advertising powerhouse, while also making sure the competition has little room to grow.

Putting aside the major distractions of the Google/YouTube deal - such as the amount of unlicensed content hosted on the site, or what will they do now YouTube has a licence to freely air a number of music videos while Google Video tries to sells the same content, DRM'ed for a dollar - these are for another time. From a marketing point of view, what are the top three sites on the internet where advertisers want to spend dollars?

Arguably these are YouTube, MySpace and AOL. Google now owns YouTube, and it should be no surprise to the Machiavellian readers that it also has the exclusive advertising supply deals for MySpace and AOL. At a stroke, the multi million dollar Madison Square Garden campaigns have a one stop shop to reach pretty much the entire internet generation. So even though the Adsense competitors from Yahoo and Microsoft are starting to get a foothold on blogs in the US, they still have a long way to get a strong and profitable portfolio of ad space that can rival Google.

Consolidating web advertising By purchasing YouTube, Google has not only made its first major move to expand the company portfolio by acquisition, but it also locks out the other major players in internet advertising from the largest markets. What company would turn down that chance, even at a cost of $1.65 billion dollars?

Of course it is worth it - how many multi million dollar advertising campaigns have Google just guaranteed themselves over the next 3-5 years? Certainly a significant multiple of the cost of YouTube.

With this being a Web 2.0 play, the long tail concept is going to kick in. Look at the massive number of blogs on the web in need of advertising services. Will these smaller sites sign-up with a powerhouse such as Google that has the big advertisers going through them? A company that can drive up the CPM because they are the big player in town? Of course they will. In creating this economic ecosystem, Google will also solidify its position as the number one partner for sidebar ads.

As to this bringing in a new dot com style bubble? Irrespective of the political rhetoric, economies are cyclical and work best when they fluctuate over a number of years (but never quite reaching the boom and bust peaks). We are clearly in an upswing at the moment, with the money flowing in. However, the money is being carefully targeted, at sites and business plans that have their routes in traditional areas: Investment, media and marketing.

This is why we see deals such as the recent $15 million second round funding for PodShow - a company that has the permission of around 1000 independent podcasts to place adverts directly into shows. With almost no production costs, it can act as a clearing house for radio-style advertising on the Internet.

Backing a winner Investors and VC's are carefully choosing who to fund this time around. They are looking for companies with traditional forms of business growth that use the internet, rather than brand new crazy ideas. A case in point would the blog network of B5 Media. This company operates a collection of 150 blogs, covering a huge amount of popular and niche content news sites. It follows the popular network business model of running a lean company, with only a handful of staff to manage the operation (each site in the network is run by a blogger who takes a share of the advertising revenue for their site), and has incredibly low overheads. The relatively small investment of $2 million made in the last few weeks will allow B5 Media to focus on expanding the number of sites under their network, and building relationships that allow advertisers to work with them directly, and bring in a healthy return to the company and investors.

Anyone starting an internet based media network (be it blogs, podcasts, or something else) realises that they can be a very small, flexible company. The key nowadays is to focus on narrow topic areas for maximum revenue. This is exactly the scenario that powers AdSense - targeted and relevant advertising on a very narrowly defined subject. The problem for Google is that after a time, networks such as B5 Media stop using AdSense and switch to their own advertising department - they may get a lower advertising rate, but by keeping 100% of the profits they end up with more money.

So, part of the long-term strategy behind buying YouTube is to make sure Google AdSense stays attractive to people for longer. It needs to keep these smaller sites on board. And for that it needs a higher CPM for all its advertising so it can return more cash to the bottom line of the AdSense users.

The next step? Google will reward the top YouTube content providers by integrating the AdSense program for registered YouTube members. Take the recent popularity of 78 year old user Geriatric1927, with over a million views of his channel (featuring his direct to camera video diaries) and close to 30,000 subscribers in two months. Overlay even a low price campaign of 1 CPM going to the user and you have a tidy sum of 10,000 to the content provider. If 5 CPM goes to Google, then you have 40,000 overall, or 20,000 a month earnings on one user.

There's no reason why the headline grabbing figure of $1.65 billion will not be returned (and then some) over the next few years to Google - come 2010 we will look back at this play and realise two things. The first is that the three guys who started YouTube have probably pulled off the biggest heist on IP the world will ever see - a lot is made of the potential copyright problems, but with Sony BMG and Warner signing content deals right before the buyout announcement you have to assume that a solution has been found. Secondly, we will see that Google's long game play will be the shrewdest blocking and business building move in advertising history.

Oh and they'll still have a good search engine!