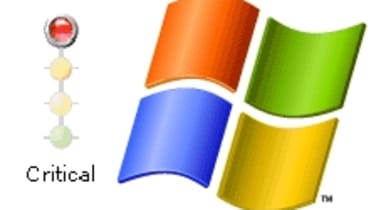 Microsoft has released ten new security patches, six of which it identifies as critical.

The patches cover flaws in Windows 2000, XP and Server 2003 for 32 And 64 bit processors, as well as Office applications for both PC and Apple systems and XML core services. In total the patch pack fixes 26 vulnerabilities, the most Microsoft have ever released in a single month.

"Microsoft recommends that all customers sign up for Microsoft Update (MU) and enable its Automatic Updates functionality to receive all updates available this month and to help make their systems more secure," said the company in a statement.

"MU is a service offered at no charge that gives customers everything they get through Windows Update (WU), plus high priority updates for Office and other Microsoft applications. MU includes the Automatic Updates functionality already found in WU so users can choose to automatically install high-priority updates."

But the automatic update fell over last night in what Microsoft described as "technical difficulties." Networking problems were blamed but the update service is now operational.

"Most of these vulnerabilities affect client-side applications, several of which have been used in various zero-day malware and web-based attacks," said digital security firm eEye.

"We are seeing a continuation in the trend of application level bugs versus operating system flaws with the exception of some very old IPv6 issues finally being fixed, and another Server Service problem being corrected."