An Australian court has fined a spammer A$5.5 million (£2.23 million) for sending over 280 million spam emails. 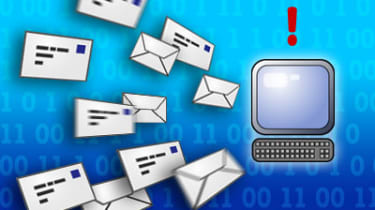 An Australian court has fined an East Perth-based business seminar promoter Wayne Robert Mansfield, A$5.5 million (2.23 million) for sending unsolicited emails, under Australia's new Spam Act 2003. He is the first to be prosecuted under the new law.

Federal Court Justice Robert Nicholson fined Mr Mansfield, for sending around 280 million spam emails of which at least 231 million commercial emails were sent in the twelve months after the Spam Act 2003 commenced in April 2004, with most of these messages unsolicited and in breach of the Act. His company Clarity1 Pty Ltd has also has been banned from sending any unsolicited emails.

Among its defences, Clarity1 claimed it operated on behalf of charities, that the email addresses it used had been "harvested" prior to the introduction of the Spam Act, that it had business relationships with recipients and that the email recipients had consented to receiving the emails.

Justice Nicholson said in April: "First, the mere fact that Clarity1 sent a CEM (commercial electronic message) to an electronic address and did not receive a response from the recipient does not provide a proper foundation for an inference of consent. From that factual foundation, no such inference is logically open.

"Second, even less so is such inference likely to be open where the entire relationship between Clarity1 and the recipient is constituted in the absence of bilateral communication. There are no circumstances in such a case from which an inference can be drawn."