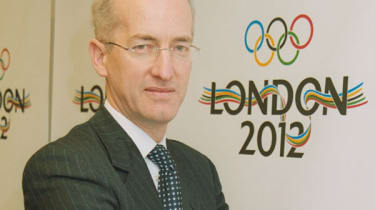 The committee responsible for organising the 2012 Olympic Games and Paralympic games, to be hosted in London, has announced the winner of its back office systems support contract.

Accenture will be responsible for running the committee's core operational systems, including finance, accounting, workforce and procurement, beating BT Global Services, IBM and LogicaCMG to the job.

However, while Accenture will carry out a key technical role during the games, responsibility for the results and management systems will remain the domain of worldwide IT partner for the Olympic and Paralympic Games for London 2012, Atos Origin.

As the lead IT system integrator, Atos will focus on designing, building and operating the technology infrastructure behind making the games a success, both in London and for the events in Beijing in 2008 and Vancouver in 2010.

"It is by putting the right building blocks in place at the start of the process, by having clarity and certainty through timely decision making that you are best able to bear down on cost and delay," David Higgins, the Olympic Delivery Authority's chief executive, told the London Assembly earlier this year.

"With the Olympic Games and Paralympic Games there can be no Plan B. The Games will start on 27 July, 2012, and they will start in London, so it is vital that we plan for success."