As another mobile phone operator spends money to take control of a Symbain-based phone technology, what impact will the move have on Symbain users, developers and hardware makers. 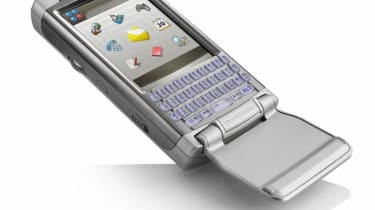 UIQ is one of a number of user interfaces that power Symbian OS smartphones, including the recent Sony Ericsson P990 smartphone and WM950 Walkman phone. As a result of the purchase, Sony Ericsson will now control the direction and development of UIQ in much the same way as Nokia steers Series 60 - and while both interfaces have external licensees, you can be sure that the development focus now will be on the parent companies wishes first, rather than the holistic 'open development' championed by Symbian.

It also ends the rather Byzantine support that Nokia was providing UIQ and Sony Ericsson. Thanks to its shareholding in Symbian, Nokia were effectively paying just under half of all the costs incurred by UIQ - a division that was in direct competition with its own Series 60. And while there are areas where Symbian's partners are not fighting (such as SDK and coding support in the Nokia owned Carbide++) the anomaly of UIQ remained. This is now no longer the case, and UIQ is free to be developed and licensed by Sony Ericsson with no interference from the other Symbian partners, while Symbian becomes a pure operating system venture with a much larger bank balance

The rumoured cost of $66 million represents exceptionally good value for Sony Ericsson. Under Symbian, a UIQ Licence cost around $2 per unit sold, and they will be confident that the expense of UIQ will be recouped in three years. There will be other savings - even though UIQ will be run as a separate subsidiary, its developer support should be rolled into the global SE effort to allow funds to be better targeted at a single group of developers.

Software developers will take this as a massive vote of confidence in the UIQ/Symbian platform and will focus efforts on these devices. UIQ devices, per unit, have consistently generated more sales, at a greater purchase price, per unit than any other Symbian device through sites such as Handango.

Sony Ericsson will announce more UIQ powered devices in 2007, and replacements for the mass market K800 and W810 devices would certainly justify this acquisition, both from a massive reduction in the licensing fee that will be paid to Symbian, but also in the ability to ensure that UIQ has enough funding to do the job to the best of their ability, a point acknowledged by Johan Sandberg, chief executive of UIQ, "we welcome this decision... as it will give us the additional investment needed to compete in the rapidly expanding software market for advanced phones."

There will also be an element of security in this purchase. For all that they are one big happy family, Symbian relies heavily on Nokia, it holds the largest share of the company (47.8 per cent) and contributes the lions share of the income (in the region of 80 per cent). If Nokia were to walk away, it would rock the foundations of Symbian. While unlikely, it would never be discounted at board level. Bringing UIQ under their wing would provide a level of comfort. It would not be the first time that an underlying mobile operating system has been replaced in the smartphone world, and no matter what is said publicly, the option to port UIQ to run on top of another Operating System is now available to Sony Ericsson

The purchase of UIQ is a good move for Sony Ericsson. It remains to be seen how its partners in Symbian will react to the news, but looking at Symbian with a clinical eye, you see three main camps dominating the proceedings. Symbian's goal is to keep everyone working together towards a common goal, and while the purchase allows this to be brought sharply into focus, the strengthening base of the the Sony Ericsson / UIQ camp (alongside Nokia with Series 60 and the Japanese focused NTTDoCoMo/Foma) could increase tensions if short term objectives are allowed to divert the long term Symbian roadmap.