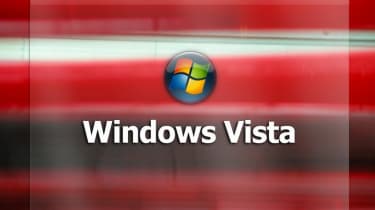 Windows Vista, Microsoft's first major upgrade of its operating system in five years, is complete and will be available to retail customers on January 30th, a senior executive has confirmed.

Plagued by a series of development delays, Windows Vista is front and centre of a new product cycle at the world's largest software maker that includes a new version of its Office business software suite.

Jim Allchin, co-president of the platforms and services division at Microsoft, said it expects consumers to make a "fast and immediate" switch to the new Windows.

"On January 30th, you will be hard pressed to find a machine that doesn't have Windows Vista available," said Allchin in a conference call with reporters and analysts.

In the first year of release, Vista will be installed on more than 100 million computers worldwide, according to research firm IDC. Windows already sits on more than 90 percent of the world's computers.

Microsoft originally planned a 2005 launch for Vista, then pushed the release out to 2006 before announcing in March that Vista would again be delayed. There was also speculation among analysts that Microsoft would have a hard time meeting its early 2007 target.

"One of the biggest downside risks between now and year-end was any sort of delay in the Vista introduction," said Romeo Dator, portfolio manager at US Global Investors, a Microsoft shareholder.

"The worst-case scenario would have been if Microsoft had said 'we're delaying it again."'

Shares of Microsoft rose to their highest level since late 2004 after the news, before paring those gains. The stock, up more than 25 percent since June, closed up 3 cents at $28.98 in Nasdaq trade after touching a high of $29.23.

Microsoft also said it will put Vista in the hands of large volume business customers on or before November 30 when it will hold a ceremony in New York to mark the availability of Vista, Office 2007 and 2007 Exchange e-mail server.

Redmond, Washington-based Microsoft said Vista has already been completed in five languages including Spanish, French, Japanese and German. By the end of January, Vista will be available in 18 languages and eventually in 100 languages.

Allchin, who will retire from Microsoft after Vista ships, said business customers will be drawn to the improvements in performance, reliability and security.

Among the new features in Windows Vista will be a new user interface with translucent windows and three-dimensional scrolling and a new search capability to look for information on the PC and across the network.

In late October, Microsoft started an upgrade program so customers who buy a PC running Windows XP during the holiday shopping season can get Windows Vista at a discount or for free when the new operating system becomes available.