Nearly 80 per cent of mobile Wi-Fi users send personal and work information without encryption, and 37 per cent confess to using unknown open connections to send their data. 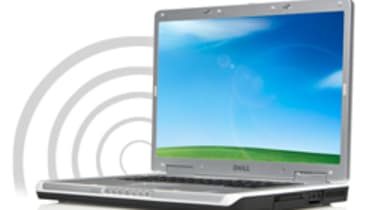 A new survey by security company Steganos, has found that UK Wi-Fi users are exposing potentially large amounts of sensitive data to third-parties when connecting to their home networks or collecting emails via wireless hotspots.

The survey revealed that although they were aware of the threats that their PC is exposed to when connected to the internet, they are less aware of the risk that their data is exposed to as it travels through Wi-Fi hotspots. While 77 per cent of respondents used antivirus software and 72 per cent used a firewall, only eight per cent encrypted their data and only 14 per cent used a secure, encrypted link to the internet.

Although 86 per cent of those Wi-Fi users surveyed said they knew there was a risk that their data could be intercepted when connecting via a Wi-Fi hotspot, only 22 per cent use any form of encryption to protect it.

Among Wi-Fi users surveyed, 37 per cent said they have used networks belonging to unknown businesses and residents nearby, exposing themselves to the risk that their data could be intercepted by the operators of those hotspots.

The survey also looked into what users were using hotspots for; the most popular use was to send personal emails (75% of those surveyed), followed by work emails (51 per cent), general research and connecting to the company network (37 per cent). Sensitive data is often sent via Wi-Fi, as indicated by the 28per cent of users who said they engage in internet banking and the 23 per cent who shop online using Wi-Fi internet connections. A quarter of those surveyed update their blogs or personal websites from Wi-Fi hotspots.

Although the vast majority of Wi-Fi users knew they were being reckless by connecting without encryption, 14 per cent were unaware that somebody could intercept their data while they were connected via Wi-Fi.

"Identity theft is a growing crime and our survey shows that Wi-Fi users are putting themselves at risk unnecessarily" said Aston Fallen, chief executive of Steganos.

"Using strong encryption to protect data in transit is the only approach that is guaranteed to defend Wi-Fi users. Even if data is intercepted, criminals will not be able to decode it and exploit it" he added.