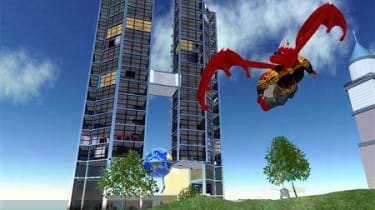 Virtual world Second Life was forced to shut down for 15 minutes following an outbreak of a worm that brought servers running the game to a standstill.

The affect was to place a heavy load on the game's database servers which in turn slowed down in-game activity. Technician at Linden Lab, the company behind the game, closed the network for nearly fifteen minutes to people logging-in while they cleaned up "the aftermath of the grey goo attack."

Last week the game came under attack from another piece of malware called "CopyBot" which allowed users to replicate items within the game without having to pay the original designers of the items. This led to hundreds of designers shutting up shop in protest and threats of legal action.

A video of the "Grey Goo" attack can be seen here.