Google heads up UK traffic figures while retailers including Woolies and Play rack up big gains. 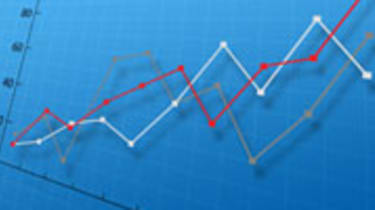 The biggest news is that Google has overtaken Microsoft to take top spot in terms of UK traffic. Google had no real growth in October while Microsoft fell by one per cent, which was enough to knock them off the top spot.

"We have watched the popularity of Google consistently grow over time," said Bob Ivins, managing director of comScore Europe. "While the current month-over-month increase was small, it was just enough to earn them the number one spot." The third to fifth positions were then taken by eBay, which also saw no real growth, and then Yahoo and the BBC.

The fastest growing websites in the top 15 were YouTube.com with 24 per cent growth followed by Sky with eight per cent. Fox Interactive saw its traffic rise six per cent with Amazon.co.uk up four per cent.

Amazon's four per cent growth may not seem much, but for an established retailer such as Amazon to grow this much, and this far from Christmas is quite impressive, and both factors point to an early start to the Christmas rush, or some serious discounting on Amazon products in October.

Outside the top 15, Tesco shows an equally impressive 12 per cent increase, and this will probably continue in to December as it starts to spend significantly on pre-Christmas advertising.