Airlines feel the heat of IT security threats 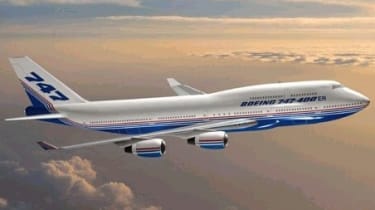 Four-fifths of airlines feel increased pressure to respond to IT-related security threats, according to a new study.

The survey of 157 of senior business and IT professionals in the airline and air freight business by Loudhouse Research found that 80 per cent of respondents said that the pressure to respond to security threats is increasing within their businesses.

The better network defences and the migration to IP-based networks form the basis of many issues contributing to this increased pressure, the research found.

The top three security concerns for IT managers in the airline industry were evaluating the network for vulnerabilities, securing IP-based networks and improving skills and increasing resources for IT departments.

The research, commissioned by IT business services company Sita, found that 68 per cent of respondents considered critical aspects of security, such as VPN, intrusion detection systems and policy management are in need of review to maintain satisfactory security levels. 75 per cent of IT managers believed that there is a need to improve management information surrounding potential security threats and existing breaches.

Sita's chief technology officer Jim Peters said that it was reassuring that there is such a high level of awareness and concern among the respondents.

"This rate of IP migration will ensure that network security remains a priority even though 62 per cent of the businesses surveyed feel that their current security strategy is meeting appropriate standards for security policy, governance and measurement," said Peters. "What is also reassuring is that 30 per cent of respondents review IT security at least every three months and on average it is reviewed every seven months."

Billy Hamilton Stent, Director of Loudhouse Research said the research "highlights a number of issues that should prove valuable to airline businesses looking to refine security strategy over the next 12-24 months."

"The findings will also help readers to benchmark their company security strategy and concerns against those of their peers in the market," he added.