IT industry failure to educate users over malware 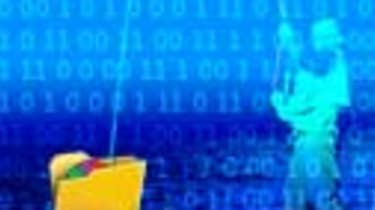 The computer security industry has failed to educate users over the dangers on the internet according to an anti-virus expert.

Speaking exclusively to IT PRO, Trend Micro CTO Raimund Genes said that the industry had "done a really poor job of educating users on security risks".

Genes said that with Microsoft's new Windows Vista operating system would cause users to downgrade security as they would tire of new features designed to keep them safe when online. One such feature is User Account Control that notifies users every time they try to perform a task that requires administrator privileges and the correct authorisation to perform the task.

"Users will eventually switch off User Account Control because they will get tired of the constant pop-ups," he said.

According to Genes' colleague Dave Rand, CTO of Internet Content Security at Trend Micro, ISPs need to take a more active role in the security of their users, even if it means "higher charges" to customers.

"ISPs should block more ports and take a more active role in securing users. They need to help them out and that means charging more money.

He said that ISPs "can stop spam and stop it economically".

"Transparent proxies can filter out spam and putting a 100 emails a day limit on users sending out emails would help a great deal," he said.

Rand said that Europe now had most of the world's compromised computers spewing out billions of spam emails. He added if the top twenty ISPs with spam problems took action to stop unsolicited emails, "we'd get an order of magnitude less spam".