World semiconductor market grows up by 11.3 per cent 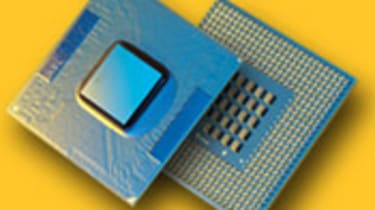 Intel remained the top vendor in this year, despite its revenue declining 9.5 per cent. Intel has retained the semiconductor vendor top spot for fifteen years in a row.

Until the fourth quarter, Intel lost share as its processors in the server and consumer segments were inferior to AMD's in price and performance, according to Gartner. Many PC manufacturers increased their range of AMD-based platforms with Dell, previously an Intel-only vendor, finally offering AMD-based processors across mobile, desktop and server product families. The analysts said that revenue was further eroded by an across-the-board price war, with Intel having more to lose as the larger vendor.

Samsung Electronics continued to gain share, accounting for 7.9 per cent of the market. Samsung now leads most areas of the memory market, holding the number one spot in DRAM, SRAM and the NAND flash markets.

Elpida Memory achieved the best relative industry performance ranking by outgrowing its market by 45.3 per cent. "During the past two years, Elpida has increased its DRAM market share by adding huge amounts of capacity internally and through foundry partners, Powerchip Semiconductor and SMIC," said Jeremy Donovan, research director at Gartner. "This market share gain was made easier because the major DRAM vendors, such as Samsung and Hynix, focused on the higher-bit-growth NAND flash market."

"Strong growth in DRAM picked up in 2006 where NAND flash left off the year before," said Donovan. "Outside of DRAM, wireless semiconductor sales once again drove strong performance in the industry."