Business podcasting in the UK

The second UK PodcastCon event highlighted the increasing use of podcasting as a business communications and marketing tool rather than just a hobbyist retort to mainstream radio. 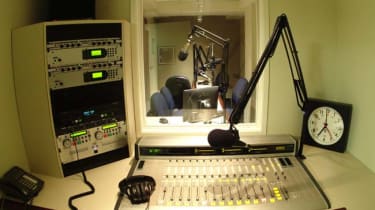 Since last year's conference, podcasting has started to gain mainstream acceptance, and as the opening remarks pointed out, around 15 per cent of attendees had started podcasting in the last year, and for around 40 per cent, this was their first podcasting industry event.

Podcasting is simply audio programming available to listen or download over the internet - the advantage is of course the incredibly low running costs (a home PC, internet connection, and some web space are all that is required) and this has allowed a huge number of amateurs (both individuals and corporate marketing departments) to create their own programs and distribute them around the world. While many see this simply as a new form of radio, the lack of rules or regulation has provided a rich tapestry of content.

This has opened a gap between podcasters and the older media industries. Technology podcaster Brad Gibson made a strong case that no Podcast should ever last more than thirty minutes, and no section should be more than ten minutes. This was an opinion that the rest of the panel, and the audience, clearly did not agree with. This split was clear throughout the day, although not quite as visible. The upstart podcasters, making up new rules that the more established organisations are struggling to adapt to. As a result podcasting is being to be seen by many as complimentary to existing media - just as TV complemented film, DVD complimented TV, podcasting complements radio and audio programming. There is no defined format or presentation - as long as the audio content can be listened to, anything can and will happen.

Questioning the cash value of podcasting At last year's conference, delegates were convinced that in 2006 most of them would be earning a living from their podcasts. This hasn't happened - those making money are either infrastructure companies providing hosting services or acting as middlemen for advertisers and large directories of podcasters such as Podshow and The Podcast Network *, or traditional bricks and mortar companies that are using podcasting as extra marketing tools.

Wiggly Wigglers is a small horticultural company set up to promote the organic country lifestyle and provide the equipment and knowledge to do so. They use their podcast to promote new products, but also to talk about the organic lifestyle, guides to growing their seeds, and interviews with prominent people in the field. Compared to the costs of running print ads in specialist presses, the podcasting has significantly lowered their new customer acquisition cost, and increased the 'stickyness' of their brand thanks to people continuing to listen to the podcasts.

Also on the panel was Tom Hall from the Lonely Planet Guides, who's Travelcasts have proved immensely popular. While he has found that it is hard to put a hard number the effect that the podcast content has on Lonely Planet's income, he also points out that direct measurement of more traditional advertising also has a lack of clarity. With podcasts, he can say with confidence the number of shows that have been downloaded by users, and the number of people who return to the website for more podcasts and general information. Given that a podcast is nothing more than a single file on a web server, standard web analysis tools can be used on podcasts to assess their popularity and reach.

The role of self-initiated content The Citizen Journalism panel provided the most thoughtful ideas of the day, with both Neil McIntosh from The Guardian newspaper and Chris Vallance from the BBC joined by Suw Charman of the Open Rights Group and citizen journalist, John Buckley (who maintains a current affairs site at www.dissidentvox.com, where he discusses UK issues both in text and through podcast interviews). Again we saw the contrast from the existing media, who are using podcasting in some cases as a 'Play Again' delayed listening format, or as an extension to their news gathering efforts. John's site has bypassed this, and is taking news important to him and providing it to the listener, rather than airing his views on a "Have your Say" style comments page at the BBC.

One company that is using podcasting in a positive way is Magnatune, a record company that portrays itself as 'not evil.' John Buckman not only allows podcasters to use any of the music that his label promotes under a creative commons licence, but also provides podcasts from the site itself. There is a podcast for every genre and artist so music fans can hear the latest releases themselves. Rather than wait on a radio station to pick up his bands, he has essentially created his own. With over 70,000 listeners on the more popular genres his reach is similar to a local independent radio station in the UK

But there was also a strange consensus between attendees - there were no radically different points of views on where podcasting is going, nor was there any discussion on driving the media forward to face new challenges. These are ever present, hotly debated issues on various online forums and blogs, and I would have expected more from the panels to address these issues. One phrase I heard to describe the current make up of podcasters would be 'Professional Amateurs,' and I think the same goes for the organisers of PodcastCon - there are huge challenges for podcasting over the next year and I would have liked to have seen those addressed, rather than the 'isn't it all wonderfully lovely' panels that everyone simply agreed with.

* As well as being a freelance journalist, Ewan Spence is also a BAFTA-nominated podcaster for The Podcast Network.