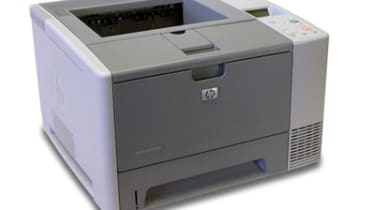 The deal takes aim at the $55 billion copier industry, which HP said "hasn't innovated in decades".

"Customers are frequently frustrated with the number of visits needed to keep copier machines functioning," the company said. "Today, HP is investing to disrupt this category by replacing copiers with superior multifunction printer (MFP) technology."

HP pointed to Samsung's "formidable portfolio" of multi-function printers that "deliver the performance of copiers" with the easy of use of printers, saying that will be combined with its own PageWide inkjet technologies and mobile and cloud printing systems.

Expanding into the stagnant copier market could help bulk up HP's sales in the print segment. HP already holds one-third of the printer market, but IDC stats suggest that figure is down by 19% from a year ago.

The move is the latest of many changes at the company. Last year, what was then known as Hewlett-Packard split into printers and PC firm HP Inc and Hewlett Packard Enterprise (HPE), a business IT firm that announced the sale of its software assets to Micro Focus last week.

"When we became a separate company just ten months ago, it enabled us to become nimble and focus on accelerating growth and reinventing industries," said Dion Weisler, president and CEO of HP. "The acquisition of Samsung's printer business allows us to deliver print innovation and create entirely new business opportunities with far better efficiency, security, and economics for customers."

The deal is the largest print acquisition in HP's history, and will see Samsung spin off its printer division with 6,000 employees, which will be sold to HP. The deal is expected to close within a year.

You'll still be able to buy a Samsung branded printer in some regions, but the Korean company will simply get them from HP.

Choose the right colour printer for your business