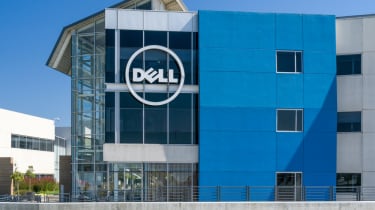 Dell Technologies has agreed to buy back VMware tracking stock and the company will return to being publicly traded.

A majority of Dell shareholders voted in favour of the deal, but it's unclear how Wall Street will deal with the $50 billion debt load the company is carrying as a result of the $67 billion EMC acquisition from two years ago.

But, 61% of investors voted in favour of the deal. The buyback price is $120 per share, totalling $23.9 billion, which is still less than billionaire investor Carl Icahn believes they should be.

Icahn owns an 8.3% stake in Dell and sued the company last month when the proposed offer was $21.7 billion. He said the shares were worth $144 apiece and it would seem that at the very least he's had some success in forcing that price up.

"This strengthens our strategic position, as we continue to deliver innovation, long-term vision and integrated solutions from the edge to the core to the cloud. We've created Dell Technologies to be our customers' most trusted partner in their digital transformation."

Dell said it will separately file the final voting results with the Securities and Exchange Commission. The deal is expected to close 28 December, subject to satisfaction of conditions. From there, NYSE:DELL (Dell Technologies) Class C shares are expected to begin trading on the New York Stock Exchange on the same day.

The deal puts the company in the fairly unusual position of going from public to private to public again. Dell originally went public in 1988 before taking the company private again in 2013 in a $24.4 billion buy-back.