Why HPE’s acquisition of Aruba has been a standout success 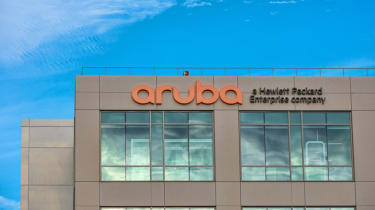 Acquisitions and mergers are always a delicate business. How many of the personnel do you keep on? Will the assets be incorporated wholesale into an existing business unit, be split up amongst many, or form a new division? Will the IP be added into your own existing ranges or become (or remain) a standalone product? Is the brand recognition such that you need to keep it, or can it be dissolved into your own?

Veteran companies in the tech industry will have faced these questions numerous times in the past, and Hewlett Packard Enterprise (HPE) is no exception.

Over the four years since its birth as a result of splitting HP into two companies (the other being HP Inc) it has made some significant acquisitions including SGI, Simplivity, Nimble Storage and, most recently, Cray.

Many of these have been subsumed almost in their entirety into HPE, although some branding remains. There is one acquisition, however, that stands out: Aruba Networks.

Aruba was acquired at an interesting time for the company. It was announced HP would be splitting in two at the end of 2014, but this wasn't officially completed until 1 November 2015. Aruba, however, was acquired in the interim, with the announcement being made on 2 March 2015 and the acquisition completed on 19 May.

It's hard to say how much of an influence this had on Aruba's place in the company (as an enterprise hardware provider, it joined HPE rather than HP Inc), but it does occupy a different space than those acquisitions made before or since.

Speaking at the company's annual Atmosphere EMEA conference, co-founder and CEO Keerti Melkote told IT Pro that Antonio Neri now CEO of HPE but at the time of the acquisition head of HP's server and networking business has described it as the best acquisition the company had ever made.

"Firstly, when [HP] acquired Aruba they reversed integrated the HP networking team into Aruba, so rather than integrating Aruba into an organisation that is already there, it said it needed a different way to think about the market and about innovation they wanted to infuse the big company with the small company," he said.

"In addition, [Neri] allowed us to operate as we used to in a kind of standalone way, with innovation at heart, and in a fast, nimble, close to customers kind of way not letting bureaucracy change it," Melkote added.

According to Melkote, this means that Aruba has been able to take advantage of the resources of a big company such as the partner base without the downsides of high levels of bureaucracy that can be endemic in very large businesses.

There are some hard numbers to back up these claims of success as well. According to Melkote, when Aruba was acquired, its wireless business was worth about $1 billion, as was HP's wired business. Now, he said, the Aruba brand, which encompasses both wired and wireless networking, is worth $3 billion.

Melkote is also a headline personality within HPE. He will also be making an appearance during the keynote of the parent company's annual Discover conference in Las Vegas next week in fact, he's one of only three named executives on the bill, the others being CEO Neri and president of hybrid IT and chief sales officer Phil Davis.

"I still have a seat at the table in terms of talking to the board, shareholders and impacting outcomes I find the impact of what I do far greater than when I was at Aruba as both businesses are coming together and there's an opportunity to be even broader," he said.

"We've added a billion dollars of revenue in the last four years, so financially [the acquisition] has been a big success and it's growing really well. We wouldn't have achieved this without being able to integrate the cultures of both organisations in a productive way," he stated.