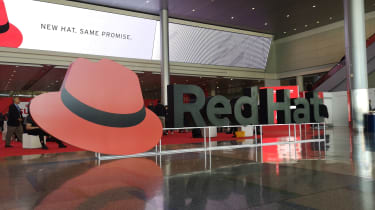 IBM's record-breaking $34 billion acquisition of Red Hat will win unconditional approval from the European Commission, according to sources familiar with the matter.

The biggest acquisition in software history received approval from the US regulatory authorities last month but the deal hinged on EU approval in order to advance towards finalisation.

According to sources speaking to Reuters on Wednesday, it looks as if the deal, which both companies have been reluctant to comment on so far, has already secured full approval ahead of the Commission's 27 June deadline.

"IBM and Red Hat continue to work with competition authorities in other jurisdictions, and IBM continues to expect the transaction to close in the second half of 2019," an IBM spokesperson was quoted as saying after securing approval from the US Department of Justice in May.

At Red Hat's annual summit last month, the company shied away from questions regarding the IBM merger, refusing to comment on any aspects of its future relationship other than to say that Red Hat would operate as an independent entity.

Following the acquisition announcement in October 2018, IBM said that the purpose was to accelerate hybrid cloud adoption after enjoying a 20-year relationship with Red Hat.

"This is the next chapter of the cloud," said IBM CEO Ginni Rometty. "It requires shifting business applications to hybrid cloud, extracting more data and optimising every part of the business, from supply chains to sales."

The framing of the acquisition being geared towards cloud adoption attracted criticism from the open source industry, namely Nigel Kirsten, VP of ecosystem engineering at open source firm Puppet.

"I find all the commentary claiming that this is IBM's cloud play hilarious," Kersten said, "cause I think it's just ridiculous."

"If you look at Red Hat, their business is still primarily a RHEL [Red Hat Enterprise Linux]-plus-services business. They're quite well-situated for the future, I think, but they're still an operating system company. They're going to be like that for a long, long time."

Criticism aside, IBM's move into containerised middleware aims to harness Red Hat's work in areas such as Kubernetes to make it easier to access both companies' technologies without having to choose between public and private cloud environments.

Red Hat will remain an independent company after the acquisition is finalised, something that's hugely important to a company that's modelled its 26-year-old business on the industry it serves.