How AI can simplify mergers and acquisitions

Artificial intelligence can help speed up M&A drudge work, but it's no cure-all 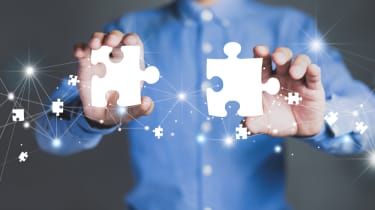 The business of mergers and acquisitions (M&A) is as lucrative as it is cutthroat. According to the Office for National Statistics (ONS), domestic M&A where UK companies acquire other UK companies was valued at 26.5 billion in 2018, almost five times what it was in 2015.

Mergers and acquisitions can take a while to complete, however, and the larger and more complex the merging companies, the longer it can take. That goes for both pre-deal analysis and preparation, and post-deal integration.

Artificial intelligence (AI) has been touted as a way to cut down these protracted timescales both pre and post deal. The rhetoric goes that it can not only speed things up, but also do a better job than people can.

A scan of the web will quickly reveal many companies offering AI services to those engaged in M&A, with some of the biggest corporate advice organisations and many tech startups zoning in. You could easily think that any organisation contemplating a merger or acquisition would be foolish not to be using AI.

One of the most often cited uses of AI in M&A is in the pre-deal phase of due diligence. There can be mountains of documents to trawl, fine-detail financial data to work through, business processes to analyse, contracts to scrutinise, technical developments to assess, staff deployments to consider, product lines to evaluate and much more.

When humans undertake this process it can take many, many months. Apply some technology, use some AI, and not only can the workaday parts of the process be made much faster, but the system can flag up information that humans might miss, finding useful insights or potential concerns by digging deep into the data.

AI doesn't stop having a use after the deal is done. It can be useful during integration too, playing a role in identifying risks and opportunities, helping to work out the most streamlined integration methods, modelling possible approaches and more.

AI is not some kind of panacea that will get organisations through M&A with ease every time, though. It needs to be used with care and a clear understanding of its limitations. Ben Taylor, adviser to the All Party Parliamentary Group on AI, tells IT Pro: "It can be dangerous to use neural networks to do due diligence for M&A because they are only as good as the data available to them."

"If a company has incomplete or poor accounts, the AI might make poor decisions," he says.

This is a hugely important point. M&A decisions are, in the end, made for business finance reasons. No acquirer wants to find out too late that what they've bought is not the bargain they'd thought. If problems are discovered before the deal is sealed, the parties can walk away from each other. But if there are problems down the line in a merger or acquisition where AI was used in the decision making process, where does the blame sit?

According to Taylor, neural networks can create a legal 'grey area'. "If a financial institution gave incorrect advice that led to a failed merger, it might be difficult to tell how the neural network got the decision wrong," he says.

For a closer look at how this pans out in the real world, we spoke to Andy Moseby, corporate partner at Kemp Little, a technology and digital media law firm many of whose lawyers have had hands-on industry experience of coding or building technology themselves. The firm uses machine learning software some of which it has built itself, some of which is licensed from third parties to assist with due diligence that may involve reviewing hundreds or even thousands of documents.

Moseby tells us: "Some queries, which inform the value of the target, such as 'what percentage of the target's revenue comes from contracts which are due to expire within the next six months?' can be answered very quickly with an AI tool, instead of having to manually check each contract.

"However, there are currently limitations to the capabilities of AI in due diligence. A key question such as 'what is the culture of the target?' may be difficult even for a long-serving human employee to answer, let alone an algorithm." Where Moseby does see value is that AI "could help prompt and analyse employee responses to these types of questions".

What all this points to is that AI does have a role in M&A, but it's largely around automating tasks that can be time-consuming for humans to complete and supporting humans in their more nuanced work by taking on some of the drudgery. Any and all use of AI in this field should be managed by people who understand its capabilities and its limitations.

Most importantly, AI should never be used without really thinking through its pros and cons.

Tony Lock, distinguished analyst at Freeform Dynamics summed it up nicely, telling us: "Don't rush into thinking you have to use AI just because it is fashionable. Make sure there are solid, defensible reasons for doing so and that solutions exist that will add genuine value to the project." 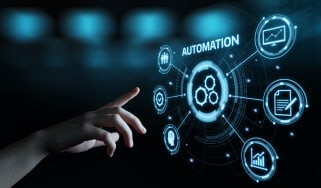