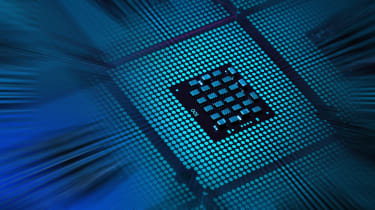 Apple has signed an agreement to acquire the majority of Intel's smartphone modem business for $1 billion.

The tech giant will absorb some 2,200 Intel employees, along with intellectual property, equipment and leases as it looks to start developing 5G modems for iPhones.

The deal is still subject to regulatory approvals but is expected to be finalised by the end of the year.

"We've worked with Intel for many years and know this team shares Apple's passion for designing technologies that deliver the world's best experiences for our users," said Johny Srouji, Apple's senior VP of hardware tech.

"Apple is excited to have so many excellent engineers join our growing cellular technologies group and know they'll thrive in Apple's creative and dynamic environment. They, together with our significant acquisition of innovative IP, will help expedite our development on future products and allow Apple to further differentiate moving forward."

This isn't the end of Intel's work on 5G, however, as the semiconductor company will still focus on modems for non-smartphone applications, such as PCs, IoT devices and autonomous vehicles.

"We have long respected Apple and we're confident they provide the right environment for this talented team and these important assets moving forward," said Intel CEO Bob Swan.

"We're looking forward to putting our full effort into 5G where it most closely aligns with the needs of our global customer base, including network operators, telecommunications equipment manufacturers and cloud service providers."

Apple is in advanced talks to snap up Intel's smartphone modem business for around $1 billion, according to reports.

The deal could be finalised by next week, as reported in The Wall Street Journal, which cites people familiar with the story.

In April, after Intel announced it would exit the 5G modem chip business, the WSJ reported the company was exploring the possibilities of a sale to Apple.

The chipmaker made its announcement hours after Apple settled a longstanding legal dispute with rival chipmaker Qualcomm - the main supplier of iPhone modem chips.

The two had been locked in a legal war for the last few years because Qualcomm believed Apple owed money for producing chips for its iPhones and iPads. The case seemed to go back and forth with no end until both agreed on a surprise settlement.

As part of that settlement, Apple agreed to pay an undisclosed fee to Qualcomm and the pair reached a six-year global patent licensing agreement, which could potentially be extended for another two years. The chipmaker also agreed to supply parts to Apple for multiple years, which suggested it was going to supply modems for the iPhone once again.

Currently, Qualcomm is a leading manufacturer of 5G modem chips with its Snapdragon 855 chipset compatible with the next generation of mobile data. These are used in high-end products such as the US version of Samsung's Galaxy S10 and the OnePlus7. But, if the reports are true and the deal goes ahead, Apple could move into the modem business, further boost its own in-house production and create a road map for a 5G-ready iPhone.

Back in 2018, Intel reportedly brought forward the development of its 5G modem chip so it could be ready for use in some of the earliest 5G devices. Potentially, Apple could pick this up from Intel and get a jump start to producing its own chips.

IT Pro approached Apple and Intel for comment, but neither had responded at the time of publication.