Wise investments or a waste of everyone’s time?

Is selling off just selling out, or are acquisitions a smart move for all parties? 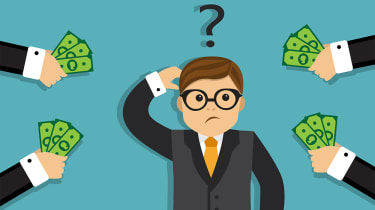 Those who know me well know I love nothing more than a bargain. I'm at my happiest when I'm lurking on eBay watching but not having bid on an item that has less than a minute to go, then initiating my highest bid in the last 10 seconds so those who've been bidding thus far don't stand a chance.

Some may say that is odd behaviour, others would say it's quite clever. I'm of the opinion it's generally the latter.

Yes, I've bought many things I don't actually want or need thanks to this obsession in eBay bid sniping. But, is buying a lot of things on the off-chance it may one day be useful (and simply because you can) actually always a bad thing?

If there's one thing the IT industry isn't short of, it's acquisitions. The most recent ones by VMware, of Pivotal and Carbon Black, particularly piqued my interest. I won't delve into the specifics of why this most recent move to purchase not one, but two companies has happened (Jane McCallion has done a sterling job of just that), but it does make one think about whether decisions like this are made on a whim or part of a well-thought-out strategy.

When Oracle acquired NetSuite back in 2016 for a cool $9.3 billion, one of the biggest concerns, particularly for channel partners, was losing the very culture and DNA of the organisation they had grown so fond of working with. Unlike many acquisitions that had gone before and to this day Oracle has kept NetSuite intact as a distinct business unit under the guidance, but not the dictat, of the parent company. It's a move that was very well received and is working very well for all concerned.

Indeed, earlier this year, Oracle's CEO Mark Hurd went into great detail about how NetSuite was now able to enjoy all the benefits of having the firm as its owner, but without any of the downsides.

"It's part of our strategy to give NetSuite all of the possible benefits of Oracle, but none of the downside of Oracle. Let it leverage the best of what it does and the best of Oracle so it can grow," he told delegates at the SuiteWorld conference in Las Vegas back in April.

Oracle and NetSuite operated in the ERP space, but targeting different sectors and customer size so, while the acquisition was somewhat out of the blue, it made a good fit.

Earlier this month, acquiring Cray. Both these acquisitions made sense in that they complement HPE's existing strategy.

Going back a little further, Salesforce announced in June it planned to buy Tableau for just shy of $16 billion in a bid to boost its data visualisation capabilities. Again, a somewhat unexpected purchase, but one that was clearly aligned to the roadmap it had previously outlined to customers and partners.

So far, so good. It all makes sense in the grand scheme of things. But what about those who sell up and get accused of selling out? To some extent, it's a subjective matter.

Just this week, former Google CFO Patrick Pichette warned startups against selling to big US players. Instead, he cautioned they should focus on growing their own businesses organically.

"My counsel is, why would you sell yourself?" Pichette told The Telegraph. "You'll be caught in the big cog of Amazon or Google when you could actually control your own destiny, be independent, build what you want to build."

Some might say his opinion is a bit rich, given Google itself carried out one of the biggest acquisitions in UK tech history when it purchased DeepMind for 400 million in 2014. But, Pichette now says he thinks the AI firm would have been better off focusing on its own growth rather than being swallowed up by someone else.

That said, as anyone who's ever been involved in a startup or spoken to someone starting a business knows, the very reason you get investment of any kind, not just wholesale acquisition, is because you reach a ceiling in terms of how much you can grow solo.

It's a really hard balance to strike. Vendors with big pockets get accused of going on acquisition sprees for the sake of it all the time. Even when the fit between the acquirer and acquiree is crystal clear, it's still very much viewed as David and Goliath.

It's almost as if we're assuming big companies buy smaller companies on a whim. Every. Single. Time. I've no doubt this may have occurred in the past, particularly before the dot com bubble burst, but to suggest vendors are literally out in the tech supermarket with empty trolleys scooping any and every company smaller than them Supermarket Sweep-style is just nonsense.

To also suggest that smaller businesses who "allow" themselves to be acquired are either gullible, helpless or lacking in ambition, is equally not true. Indeed, I believe it's a wise organisation that realises giving up a little often means it can gain so much more.

Of course, the devil is in the detail. Negotiating well so that you get the best of both worlds semi independence, but the boost of a big bank balance is key. Maybe that's where some fall short. You can have the brightest technical minds in existence working on your products and services, but when it comes to acquisition, on both sides of the fence, you need people well versed in the language of business.

Thankfully, it would seem the tech industry has its head screwed on when it comes to buying things. Vested interest to declare: It would be pretty hard to be a journalist in this space if tech companies made acquisitions in the same reckless way as my eBay bidding.