IT Pro Panel: Why collaboration platforms are so hard to deploy

Platforms like Slack promise great benefits, but the reality isn’t always so easy… 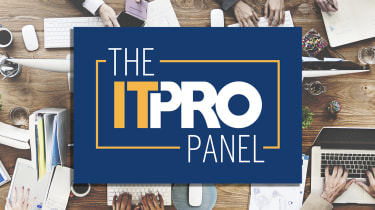 Digital transformation is one of the biggest trends in business today, as organisations try to reinvent their tools, processes and procedures in order to exploit the benefits of modern technology.

For many companies, the first step in this process is moving from company-wide email to cloud collaboration platforms like Slack, Google Hangouts or Microsoft Teams, and it's easy to see why; platforms such as these promise increased agility, greater flexibility and integrations with a wide variety of modern SaaS tools.

However, while in theory these platforms may sound like an appealing proposition, the practice of rolling them out across an entire organisation often proves far more difficult than first thought. There are numerous challenges to contend with, such as picking a platform in the first place, as well as getting users on board with a new set of tools.

We spoke to some of IT Pro's expert panellists to find out what it's really like playing the collaboration game.

To understand the realities of deploying these platforms, it's worth examining why they're so attractive in the first place. As we've already noted, the benefits offered in terms of third-party integrations and business mobility are numerous, but all of our panellists cite the same reason for wanting to roll out a collaboration platform.

"The IT department was looking at ways to promote collaboration as a way to reduce the use of email," says Patricio Colombo, founder of CIO on Demand; "That is always a complaint people have, but they never stop using it."

Colombo often works on a freelance basis, acting as an interim CIO while companies are looking for a full-time replacement or for the duration of a specific IT project. After working for clients who were using more advanced file-sharing platforms, he says that "sharing documents via email is one of the most painful things I had to go back to."

Richmond Events IT Director Liam Quinn agrees, saying that "email can be slow and sharing files without a proper solution is difficult and cumbersome". The 120 or so employees that make up Richmond Events are spread out across four countries and, while the company has experimented with a number of platforms, staff still rely almost exclusively on group email chains.

For Dominos UK CISO Paul Watts, another benefit is the immediacy that a unified collaboration platform can provide, which helps bring teams together - particularly through the use of video and audio technology.

"The ability to see and hear offshore workers makes the teams more relatable and sociable, and the advances in network and communications technology actually makes this a pleasant experience - remember the old days of trying to use NetMeeting over an ISDN or dial up link? And the ability to work on a document together in real time, or exchange ideas on an interactive whiteboard is fantastic, although I'll admit it takes some getting used to."

Slack is arguably the most visible example of this kind of software; its 'freemium' model has encouraged widespread adoption, particularly among startups and smaller teams. In fact, this is often how such tools are first introduced to the company, as an example of shadow IT. This, Watts explains, was what happened at Dominos.

"Our developers are innovators with brains the size of planets, and their adoption of Slack as a mechanism for collaboration was not something I wanted to block arbitrarily as an unsanctioned shadow application. In fact, it was a great way for us to learn how a more broad rollout of online collaboration tooling could work within the confines of our security policy and processes, and the varied skillsets of our entire business community."

Dominos eventually decided to adopt Microsoft Teams as its company-wide collaboration platform, predominantly because of its strong integrations with Office 365, which Watts says worked as part of a broader digital strategy.

"Teams is a more rounded mainstream collaboration platform for our needs and more easily lined up with the rest of the business' use of Microsoft tooling. Our devs respect that and have adopted Teams alongside the rest of the business whilst continuing to leverage Slack for their own niche needs, and I use CASB to keep an eye on things."

This is the same reason that Quinn also wants to roll out Teams across Richmond Events, despite previous unsuccessful experiments with Yammer, Microsoft's earlier attempt at corporate collaboration software. "It ties into everything else we use," he says, "even if it doesn't deliver everything we would ideally like".

Colombo, by contrast, is not as big a fan of Microsoft's platform, arguing that Microsoft is building more superfluous tools when it should be focusing on improving the collaboration aspects of Office itself.

"Every time you share the document, unless you do so from Office 365 and not from the desktop, you create a different link," he notes, "so you have different people accessing the same document from different links. It's slow and clunky, and it works in the end, but it takes ages to get there.

"For me, that's the heart of collaboration, and G Suite did it very well, and Microsoft could go further than [Google] because it has the desktop product as well, but it doesn't. Why do I need then to keep downloading different tools to do the same?"

Of all of the potential issues that can impede the rollout of collaboration software - compatibility issues, interoperability with other services, migrating users - the biggest problem reported by all of our panellists was a lack of adoption by the wider business.

Both Quinn and Colombo report that when staff have been asked to use a new platform such as Yammer or Facebook Workplace, uptake and engagement has been low, with many people simply defaulting back to email chains.

"Overall, the people I tried these with considered they had yet another environment to use and remember, and there was no uptake," Colombo says. "Mind you, it might have been a failure of implementation, but still, there was no appetite for it then. If people are happy using a specific platform, and it's useful for them, it's very difficult to move them elsewhere."

"I think users are becoming really tired of having thousands of systems to use," Quinn agrees. This is one reason, he says, why he thinks Teams could work for his organisation, as it's effectively an extension of the company's existing systems. When previous systems have been tried, he says, "they always migrate back to email".

Even Watts' developers, who were the ones who introduced Slack to Dominos in the first place, have proved somewhat unwilling to fully migrate to the company's Teams platform. Watts notes that "Slack use is dying out", but it's still in use within the company despite the fact that the developers aren't using it for anything radically different than what they use Teams for. "I suspect it's just a case of 'old habits die hard'," he notes.

Another frustration reported by our panellists was the level of active resistance received from other areas of the business outside the IT organisation. Much of it, they said, tied into the age-old gulf between IT and other departments, and the new platforms were often seen by other teams as an unnecessary tool being foisted upon them.

"The platforms were seen as 'an IT 'thing'," Quin explains, despite business stakeholders specifically asking for them. He also notes that management staff were among those who quickly went back to email threads. "The business asks IT to look into how to resolve an issue and when they do, it's 'IT imposing something'."

Colombo has also experienced this, and argues that the most successful way to avoid it is to ensure that any widespread platform rollout is supported by a 'business sponsor' - something that Watts agrees with.

"The secret to adoption is for these initiatives to be driven by the business, owned by the business, and for IT to become the servient partner," he says. "Many Office 365/G-Suite adoption projects fail because they are completely IT-led."

For Watts and Colombo, this is a perfect illustration of the continuing animosity that often exists between IT and other business units. "For some reason, we are still seen as outsiders to the core business," Colombo says, with Watts adding "you'd think IT would have learnt the whole 'stakeholder management' thing by now!"

According to our panellists, the resistance largely stems from a fear of change. Watts revealed that once business stakeholders had the chance to actually get to grips with the new platforms, obtaining buy-in was quite straightforward, saying "a lot of the problems were not problems at all; they were pushback due to fear of the unknown, i.e. poor stakeholder and change management."

So what does the future hold for collaboration software in terms of adoption and uptake? Well, while it's fairly clear that email isn't going anywhere any time soon, Watts thinks that the arrival of younger staff in the workplace will slowly soften resistance to newer tech and working methods.

"In my opinion, this will change over time," he argues. "Newer generations show signs of being much more accommodating of business change, and adapting more quickly to technology evolution and innovation."

Without exploring these platforms, businesses run the risk of missing out on opportunities such as stifling nascent digital transformation efforts, which Quinn believes his company has, to a certain degree. "Unfortunately, we'll never know," he says. "My gut feel says yes... but how do you prove it?"